Since November 12th the bond market and the mortgage-backed securities (MBS) market specifically have seen a lot of volitility with strong selling pressure.  There have been six big down days over this time, only two of which were isolated.  Conversely, the up days have been much smaller and the sellers have come in to squash any rebounds.  From a technical side, the selling pressure has pushed bond prices down through the moving averages and technical support levels and we are now at a point leaving us to wonder where rates will settle.  The good news is that the RSI is very close to the oversold level which means we might see a bit of a rebound.

When Bernanke announced that the Fed would work to stimulate the economy by buying bonds, many novices thought that long-term rates would be pushed even lower.  What these people didn't understand is that Bernanke's real reason for implementing this easy money policy is to increase inflation from its paultry .8% to the Fed's targe level of about 2%.  Inflation is the kiss of death for bond holders since it directly impacts their real rate of return.  Because of this, there has been much more selling of bonds than the Fed has been buying and that has sent bond prices spiraling downward with rates moving up.  Rates / yields move inversely to price so as investors sell bonds driving the price down, the rates move higher.

To keep things in perspective, the average rate of a 30-year fixed-rate mortgage over the last 20 years is slightly above 7% so even if rates range between the low to mid-5% point, they are still relatively low and based on current prices and rates, homes are more affordable than they've been in the last 30 years.  Now is the time for buyers who can qualify for a mortgage to buy a home.  Let's make sure that this is the message that potential homebuyers are getting. 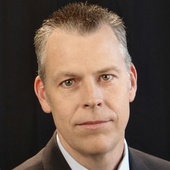