I just heard Ron Phipps' first audio podcast to the NAR.  His address focused on the need to keep the Mortgage Interest Deduction in place.

1. He says that the MID impacts 75M Americans.  Wrong, Mr. Phipps.  It impacts the next generation who will be tapped to pay for it and the associated interest.

4. Phipps says nothing about the other side of the coin - the desire to develop lower marginal tax rates for everyone in order to offset the elimination and to increase tax revenues.

5. Phipps does allude to bit of truth - the need to keep in mind the burden that the middle income earners bear in terms of taxes.  With a burden so great, it is becoming increasing difficult to rise to the upper income band.  He suggests that the MID is one of cornerstones of support that the middle class needs and has relied on for 100 years.

I consider myself to be a fiscal conservative and a middle-income earner.  As such, I've always felt unconvinced by explanations that the rich pay "more than their fair" of taxes.  While it's plainly obvious that they pay more than their fair share of INCOME taxes when shown on a pie chart, they end up paying much less, on a percentage basis, when deductions are taken into account.  By the same token, the same can be said for those in the lower income-earning band.  When their income tax and credits are taken into account, they pay way less than their fair share too.  That leaves the middle-income band to shoulder the lion's share of the burden.

To correct the disparity, Ron Phipps emphatically states that we should keep the MID in place.  I don't like that idea because the MID is really an income redistribution scheme from those who are mortgage-free to those who are mortgage-encumbered.  I think that it's worth noting the etymology of the word, "mortgage".  The word comes from the old French and means "a promise to pay until death".  When you look at this way, I hope that you'll agree with me in that there's got to be a better to level the playing field.

I propose the following ideas which would distribute the burden in a fairer manner, increase tax revenues, and would promote economic growth.  I call on Ron Phillips to lobby for these ideas:

1. Eliminate the Charitable and Mortgage Interest Deductions - These deductions that are "golden calves" of the Republican agenda, are not part of any true conseravative's dictionary.  Veritably, these deductions are really part of the progressive, big-government agenda.  Owning a home in America as well as the act of distributing one's wealth are intrinsic goods that benefit both the giver as well as the society at large.  There is no fiscal case to be made for supporting something that needs no support; especially when that support comes from ever-mischievous government.  The Mortgage Interest Deduction is an income-redistribution shell game that glorifies debt.  Many say that eliminating this deduction would collapse the housing market.  Of course, those who say are mainly those who earn their living from promoting and selling debt.  Be that as it may, I respond with the following suggestion that would set the housing market on fire:

2. Allow Homebuyers and Homeowners to Use 401k Savings to Pay for Primary Residences Without Penalty - Want to divert wealth from shell-game playing Wall Street to hardworking Main Street?  Had enough of Washington paying lip service to the value of homeownership but doing all in it's power to keep Wall Street rolling in the dough from the interest accruing from 30-year amortizations AND the cumulative retirement savings of America?

3. Tuition Tax Credits for Private-Schoolers and Home-Schoolers - How about giving every parent with school-age children a rebate voucher for schools-tax portion of their property tax to be applied for successfully home-schooling or toward private school tuition?  How about allowing those property tax-payers who don't have children in K - 12 to be able to earmark 50% of the schools-tax portion of their property tax bill toward a specific seat at a school or a specific child in need?  What about those parents who rent?  My solution is to allocate the property's rebate according to the number of bedrooms rented.  Property values would sky-rocket because control over our wealth, or simply "freedom", has more economic value to the public than any tax deduction for carrying debt.  People would flock to any county where would be allowed.

4. Enact the FairTax which would:

g. eliminates the opportunity to buy tax deduction through political corruption and the need to hire the very best tax accountants.

part of the problem we have in this Country is we do not seem to look forward to how we effect the next generation.

Interesting ideas Gerard.  I believe timing is everything and because many local real estate markets are still in a free fall, eliminating the MID at this point would be failing to manage towards the bigger picture.  Why give buyers one more reason not to invest in a home?  Why give beleaguered homeowners one more reason to regret buying a home?  I agree that the MID could be replaced with something more equitable but let's not keep kicking the real estate market while it's already down.

In my opinion the government has a spending problem, let's talk about how the government must stop wasteful spending and fraudulent spending.  Returning to responsible government spending levels and a balanced budget would have a huge impact on our next generation.  Let the government clean up its act before we start increasing taxes to address the deficit problem. Both are probably necessary but we need to get the horse in front of the cart first.

Hi Jeff - Yes, we definitely need to look to the next generation because, at some point, we will be at their mercy when they are in charge.

Hi Keith - I think you're bringing up the key question that the next Congress is struggling with, "Do we Go- Bold or Go-Incremental?  The Fair Tax would be a really bold move and it would obviate the need to debate the MID.  If we go incremental, I'm afraid that nothing will happen to the MID.  In that case, Keith's comment above is even more relevant.  In case you're interested, the plan is to bring the FairTax up for debate in the Ways and Means Committee once there are 100 co-sponsors.  The incoming Congress will be sworn in with about 95 co-sponsors. 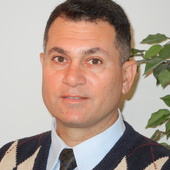