Located in highly desired Plano ISD, the Oakdale and Oaktree neighborhoods are great options for those who would like to attend high rated schools while still living within the city of Dallas. The neighborhoods feed to exemplary rated Haggard Elementary School which is located off of Campbell Road, only a mile away.

Oakdale and Oaktree are less than 3 miles to the well-known Galleria Dallas Shopping Center. The Galleria offers many high-end shops and boutiques for residents and tourists alike. It is also within 15 minutes to Stonebriar Center in Frisco which offers many stores, cafes, and restaurants in a great family-friendly atmosphere.

If you would like anymore information about moving to the North Dallas or in the Oakdale and Oaktree neighborhoods, contact Brenda Mancil at 214-679-1772, bmancil@remax.net, or www.HomesPricedToSell.com.

That is an impresive looking home. Good luck with your listing. 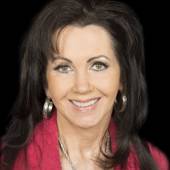