11 Ways to Save on Airfare in Any Season

Yes, fares on many routes are much more expensive this holiday season than last, but airfares are not static and there are (relative) deals to be had any time of year. Here is Airfarewatchdog.com's best advice for making your airfare dollars go further, no matter what the time of year.

1. Sign up for the airlines' email feeds and frequent flyer programs
We know, you already get too much e-mail, but the airlines want to develop a one-on-one relationship with you, so they'll send you special deals, such as 50 percent off promo codes or two-fers, if you sign up. Airline sites sell much more than airfares these days (hotels, rental cars, credit cards and such), and they will entice you to deal direct rather than use a third party site such as Orbitz. If you're on Twitter, you might also want to follow the airlines' tweets, which they're using to promote exclusive Twitter-only deals.

2. Sign up for third-party fare alerts
Many airfare websites offer alerts, and they all have something to offer. Yapta.com lets you track your specific itinerary, down to the flight number and dates of travel, and will let you know if the airline owes you a price-drop refund. Travelocity's easy-to-use FareWatcherPlus lets you track up to ten routes and you can choose to be notified either when a fare goes down by $25 or more, or when it goes below a price you choose. Orbitz also offers alerts, as does Bing Travel, TripAdivsor.com/flights and FareCompare.com.

3. Search airline sites individually, but not exclusively
As noted above, many airlines have "private" sales, reserving their very best fares for their own sites. These are different from promo code fares. International airlines such as Aer Lingus, Iberia and Qantas regularly offer lower fares (i.e., $100-$400 less) on their own websites compared to what you'll find on Kayak or Orbitz. And yet, you shouldn't ignore online travel agencies such as Expedia and Travelocity, because these sites will tell you if it's cheaper flying out on one airline and back on another. In general, airline sites want you to fly only on their "metal."

4. Buy hotel plus air packages
It's often significantly cheaper to buy an air plus hotel package rather than airfare alone, especially for last minute travel. We often see Travelocity "TotalTrip" offerings, especially on last minute flights, pop up with hotel plus air for half the price of air alone. Lastminute.com is also a great source for finding last minute packages.

5. Use Priceline for last-minute trips
If you don't have a 7-, 14-, or 21-day advance purchase window to buy your fare, your best bet is the "name your own price" feature of Priceline.com. True, you won't know the exact flight times or airline you're flying until to pay for your trip, but you can save 50 percent or more. Hotwire.com can also be useful for last minute trips.

6. Use consolidators, but beware of the restrictions
Especially with the economic downturn, business and first class cabins will be emptier in 2010, and deals will be amazing. Consolidators specializing in premium cabins will have some great deals, and the airlines themselves will be heavily discounting their premium cabins, so check the specials on their websites. Sites like Vayama.com, airfare.com and Asia.com also sometimes sell consolidator fares.

7. Use a flexible date search
True, many people are not flexible in their travel dates, but would you fly in a different month or a day or two earlier or later to save hundreds of bucks? If so, learn how to do a flexible travel date search on airline and third-party sites.

8. Consider the extra fees before you buy
If Southwest has a fare of $198 round-trip and United has one for $148, and you are checking three bags, then Southwest actually has the lowest fare because Southwest charges nothing for the first two checked bags, whereas United would charge you an additional $165 each way for three.

9. Combine two separate fares rather than buying one fare
If you're flying to a destination in Europe, you might save money by purchasing one fare from the U.S. to, say, Dublin, and another from Dublin onward on Ryanair.com (just beware of Ryanair's rather onerous fees). Same holds true for some destinations in Asia (fly into Singapore and catch a low-cost carrier such as Airasia.com from there) and to some smaller Caribbean destinations via San Juan or the Bahamas. Even domestically, two fares are often less than one, such as the recent scenario where Dallas to Honolulu was selling for $350 round-trip with tax, but Houston/Honolulu was $800. As you're no doubt aware, you can fly Houston-Dallas for a lot less than $450!

10. Buy tickets on an airline that will refund the difference if a fare goes down
Let's say you've found the lowest fare, and then the day after purchase your non-refundable fare for the same itinerary goes down. If you ask for it you can get a refund for the difference. But some airlines will charge you a costly "administrative" fee of $150 or more, wiping out any savings. Others will give you the entire fare difference without extracting a fee. Currently, the "nice" airlines are JetBlue, Southwest and Alaska.

11. Check fares several times a day, and don't listen to airfare pundits who predict airfares
A lot of people like to pretend they're clairvoyant, and they know where airfares are headed. But airlines are unpredictable creatures, and any airfare expert who claims he or she knows that airfares will be lower or higher in the coming months or the coming day is suspect. No one can accurately predict where airfares are heading, any more than we can predict the stock market, because we have no idea when the economy will improve, or how much airlines will cut back capacity, or when the next flu epidemic will hit. If we could, we'd all be comfortably retired by now! Fares fluctuate throughout the day, and the number of seats offered at the lowest fares also changes frequently. So if you don't like the fare at 10 a.m., check at 2 p.m. or the next day and you may be surprised.

Thanks for the tips.  Since im the travel planner for my family im always looking for ways to save.  Have a great week. 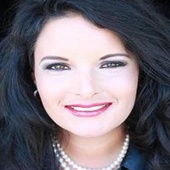