Previously known as Saltonstall Plantation, Watertown was first established in 1630 by Sir Richard Saltonstall. Belonging to the Middlesex County, Watertown is one of the oldest settlements of United States. It was earlier known as Waterton, which later gradually developed into the modern city of Watertown. Once Watertown had ranked as one of the largest settlements in terms of size and area, second only to Boston. However, with time the scene has changed. The area has been reduced, with portions of its area added to Cambridge. Parts of it have formed towns like Weston, Waltham, Belmont and Lincoln. As a result, the mass of population has also decreased.

In the early years of settlement, Watertown with its fertile and productive estates had a flourishing horse and cattle business. The first woolen mills of America were built in here. During the American Revolution, the Watertown Arsenal had served as the military armaments and research facility. Later, the army sold the research lab known as Army Materials Technology Laboratory to the city of Watertown.

Watertown has a rich and diverse cultural heritage. The Arsenal Center Of Arts is the local arts center, now owned by the Harvard University. The Harvard Business School has a publishing branch here. The famous Perkins School for the Blind is located in Watertown, along with the Perkins Braille and Talking Library. Watertown has the third largest Armenian population in America. Thus, the Armenian Library and Museum of America is another important artistic and cultural landmark of Watertown. Watertown Free Library has also been recently renovated and expanded. The New Repertory Theater is the local professional theater group, an offshoot of the Arsenal Center Of Arts.

The most surprising attribute of Watertown is that while the price of real estate in Boston Metropolitan is on a steep rise, homes and condos for sale and the general value of properties in Watertown remains affordable. Watertown Real Estate has flourished in the recent years owing to its affordability. This makes it a favorite with prospective buyers who prefer it above the more expensive cities like Boston proper, Cambridge, Newton, Brookline, and Belmont.

Just showed about 5 properties in Watertown on Sunday to people who are priced out of Cambridge.  I agree!  A total hidden gem.  Very affordable and very close to Boston.

Great area.  I do a lot of marketing there, and have chosen it as my "niche".  Hope that all the work pays off since it seems to be "hidden" from many agents choosing it as an area to farm monthly!  I noticed only one neighborhood out of many seems to have a dominate agent! 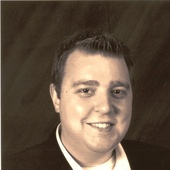