I've heard that even here - in Safety Harbor, Florida, Santa still gets around with his sleigh and 8 reindeer (I've got to question Santa's judgement since snow is about as rare as reindeer hoofprints on the roof but I'll chalk it up to tradition at this point)

Anyway, I wanted to let you know that I'm a bit concerned as I saw him just a few nights ago hitching a ride on our local fire truck.  He was sitting up there waving like he usually does in the Macy's day parade - acting as if nothing was wrong even though the sirens were blaring and green red and yellow lights were flashing and the fire marshall was escorting him in an out of the neighborhood. Is Santa in some sort of trouble? Is it possible his sleigh is in need of repairs?  Has rudolph taken ill?  I'm hoping this is just routine maintenance and that his little preview was simply reassurance that he will, indeed, be around as usual this year.

Come to think of it,  I think his sleigh broke down around the same time last year because I sort of remember the firetruck and a few elves out there calming the masses - Whew!  I feel better! 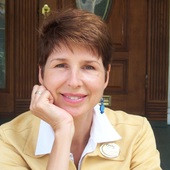