I know this isn't a scientific study but since this spring of this year, I have seen a noticeable increase in the percentage of newly foreclosed homes we are assigned by our lender clients are found occupied...either by the borrower or tenants.

While my experience may be contrary to others here, I also see an increase in the number of successful agreements for voluntary move out (ie. Cash 4 Keys) we are completing with those occupants.

Voluntary move out agreements are key to quickly obtaining vacancy and possession of the property which in turn allows for faster valuations, marketing and sale and lower carry cost so they are good for the bank.  They also reduce the likely damage and eviction costs associated with forcing an occupant out.

In the past however for whatever reason...likely cost, few banks offered significant amounts of money to occupants to voluntarily vacate and as such their success rates weren't particularly good.  Many occupants felt they were better off financially waiting on the lengthy eviction process and leaving just before lock out versus taking a cash 4 keys check that didn't cover the move or assistance with securing their next residence.

Additionally, until recently, I found that most homeowners trapped in the foreclosure reality lacked an adequate understanding of the process.  Many in past years would vacate prior to foreclosure sale date assuming they would be forced out within days of the auction in humiliating fashion.

Now, it seems foreclosed homeowners are becoming more aware and familiar with the process and are remaining in their homes awaiting the options that we REO agents bring to them at initial occupancy check.  I hope that is the case and not that these folks simply don't have an alternative domicile lined up.

I know the increased amounts of cash 4 keys monies most lenders are offering to homeowners and tenants caught in the foreclosure web are having a positive impact and am thankful that lenders are willing to offer these substantial amounts to homeowners.  I don't know at the end of the day if the increased payments for voluntary vacancy are a net cost savings or add to the overall cost...likely the latter but the net impact to the whole process and the psyche of the displaced occupant are surely overwhelmingly positive.

Fannie Mae and Freddie Mac took the lead by implementing formal programs which included the C4K option.  Whether on their own or to comply with the Tenant Law passed in May of 2009, the so-called "KYO" document (Know Your Options) gets posted on all of the GSE's properties by the REO Agent at initial occupancy check.  This document provides the explanation of the options the occupant has and goes a long way towards reducing the shock and stress of having to move out of the foreclosed home.

In an industry where minimizing loss is the key component, I applaud these lenders who are spending more in voluntary move out agreement payments.  Higher payouts may increase the number of occupants staying in homes after foreclosure date to receive them when before they may have opted to move out prior but nevertheless, they are a good thing and I hope they will continue despite potential continual moves to cut disposition costs.  At least for those receiving the payments, the C4K payment is a lifeline if even a small one.

Yes, the process is quite humane.  Another advantage to all of the C4K program is that the party departing agrees to remove ALL their stuff on the way out - if so much as a coat hanger remains, they don't qualify for the money - this saves banks from having to pay someone else to trash out the property so they are able to have some savings to put against the money they are handing out to the current occupant.  It's also better for the occupant because they are cretain they got all their stuff and left nothing behind - the program gives them time to find alternate housing and actually PLAN their move rather than rush through a stressful sudden move.  It's a win:win for all involved.

I appreciate you sharing your insight Greg. -- JM

I am finding tenants and borrowers too.  But the program seems to be moving forward and likle all things will work it's way out, (until the government takes over) 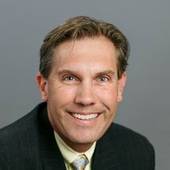