"You better watch out. You better not cry. Better not pout, I'm telling you why.

So says Zillow.com, the Seattle-based online real estate service, which has come up with a list of Santa's top 10 favorite cities - and which ranks Colorado Springs' as his No. 1 destination.

Zillow's data geeks -  who typically spend their time estimating property values, examining foreclosure data and choosing the color of their pocket protectors -  studied six variables to determine which cities with a population of 350,000 or more would most appeal to Santa. The goal: Find safe working conditions, optimal sleigh-flying weather and places where Santa could deliver the most presents in the least amount of time.

Zillow crunched numbers. Cities were examined to determine numbers of fireplaces - indicating chimneys for Santa to come down.

Zillow looked at percentages of single-story homes, which could reduce Santa's chance of injury; numbers of snowy and clear days to make flying more appealing; percentages of homes with children; high population densities for efficient deliveries, and large home lots, a sign of sizeable roofs for sleigh landings.

The Springs "scored high in every category deemed important to Santa," Zillow said. "In addition to having many single-story homes with fireplaces and large lots, the city is crawling with kiddos. Santa will also like the weather - snowy, with lots of clear days."

Of course, the folks at Zillow apparently don't know the Springs has been bone dry for the last several weeks and that March is our snowiest month. As the saying goes, you might not have a white Christmas in Colorado Springs, but you very well might have a white Easter. 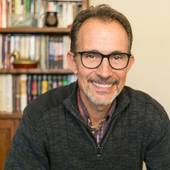