This New York Times Article is amazing. Did you ever hear of the shadow inventory. Apparemtly NJ has the largest such inventory in the nation, with over 40 months worth of homes to be sold that havent even hit the market yet. This article also talks about how this looming foreclosure inventory is ruing the party for us all!

Thanks to the writer, Antoinette Martin of The New York Times.

Right now, according to one report, New Jersey has the largest shadow inventory in the country: 41 months' worth of homes to sell - and they aren't even on the market yet.

The foreclosure process is complete on these nearly 98,000 homes; a National Association of Realtors committee made the state-by-state count. But the banks or other lenders have not yet released them for sale.

"Some are occupied, and in the eviction process," said Bill Flagg of ERA Queen City Realty, a foreclosure sale specialist whose clients include Fannie Mae and Freddie Mac, the government-backed federal lenders. During the foreclosure process, he said, "the former owners were not pushed toward eviction while they were attempting a loan modification through a government program." (One result is that some former homeowners have lived free of monthly payments for two years or more.)

Even among houses that have been vacated, Mr. Flagg said, very few sales have gone ahead for the last two months. Fannie Mae, Freddie Mac and lenders put a hold on them during the flurry of legal challenges nationwide to alleged "robo-signing" of foreclosure documents, and other malfeasance imputed to foreclosure officials.

Fannie and Freddie recently indicated that they would release the hold on most of the properties they own through foreclosure.

Mr. Flagg said that the shadow inventory would "explode" onto the market in the next few months and that he was making plans to add staff members to handle business when that happened.

Jeffrey G. Otteau, the market analyst who heads the Otteau Valuation Group in East Brunswick, also foresees a gusher of foreclosed properties, possibly even a "royal market mess" that may not dissipate for years. Mr. Otteau's company issues monthly reports and sponsors seminars to brief real estate professionals on trends - at this time "mostly pretty brutal" trends, he said.

According to his most recent report, 67,800 houses on the market in October had remained unsold for a month or longer. That was 10 percent more than in October 2009; concurrently, there were 9 percent fewer sales than in 2009.

Mr. Otteau tied the downward motion directly to the loss of jobs in the state - an average 3,900 per month this year, while the country over all was adding 87,000 jobs monthly.

He performed his own calculation aimed at estimating the size of the foreclosure inventory that shadows the market's future:

"But there were a total of 51,119 mortgage delinquencies - the start of the foreclosure process. The difference between the two figures is 41,801 homes, which works out to be 1.83 percent of all owned homes." Mr. Otteau said that not all of those houses would come on the market at one time. He also said the gap, as a percentage, was more than twice as big in California as in New Jersey. But California has a more dynamic economy, creating new jobs that will ultimately lead to more home purchases.

"In New Jersey," he said, "if something does not happen to change the job situation, it is going to take a lot longer to burn off inventory backlog."

Certain areas already have almost impossibly large numbers of homes going begging for buyers, according to the latest numbers from the Otteau Group. In East Greenwich, a Gloucester County town that seemed to grow up almost overnight during the boom building years, there is now an eight-year inventory. There was one sale in October, with 96 homes on the market.

Gloucester County has an overall inventory of almost two years.

"I try to be the joker and keep spirits up in the office," said Joanna Papadaniil, an agent at Prudential Fox and Roach Realtors in nearby Woolwich. "As an agent, I don't want to disintegrate any sense of hope that's left. But the truth is, it's pretty bad down here."

Ms. Papadaniil said she used to sell numerous large new houses for $500,000 and up. But average prices in her area have fallen by 30 percent in the last three years or so; short sales and foreclosures predominate, and many formerly high-priced condominiums are being rented to people who have lost their homes to foreclosure.

More northerly, more urban parts of New Jersey are in less dire straits, according to the analysis of contracts signed on multiple listed properties.

The overall inventory for Hudson County was down to 13.3 months in October, from 15.1 in September. Contract sales stayed up at roughly 200 a month; the number of new listings was flat.

But in certain areas of Jersey City, and in Union City, there was unsold inventory of 17 months.

In Essex County, the town of Livingston, which had a sizzling market in April - only two months of inventory - had built up a 6.6 months' supply. Millburn (which contains the highly affluent Short Hills section) had a good month in October; inventory fell to 4.7 months from 6.3.

But in Newark - also in Essex, and the state's largest city - the backlog swelled to 26.3 months, or more than two years, from 14 months. In October, 420 houses had been on the market for a month or longer, and there were only 16 sales.

Very interesting.  Perhaps this will spur sales volume if not prices. 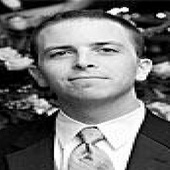