Like:
Home > Blogs > Karen Fiddler, Broker/Owner > Thoughts On Real Estate And Other Things I Care About I tried to help someone today. I was in a local real estate office (not even mine) and I saw an older Realtor® that I knew. He sold one of our old homes....15 years ago.

He looked the same, maybe a bit more worn. Probably worn out. He was surprised to find I was an agent also..and that I was having a great year. He has barely been hanging on the past few years (the bust of the boom).

He asked me to go to coffee. Even though my day was very busy, I went. There was something in his eyes that bothered me. As he's a gentleman, he ordered for us both and treated me. And we started to chat.

He wanted to know how I found clients. He felt that he had outlived, or out-used his Circle of Influence. Ah Real Estate 101....the Circle of Influence. He was finding that people were busy around him, but he didn't know how or where they were finding business because he wasn't finding it.

Over the following hour, I found out that he had no website nor web presence. He was barely able to log into an email account he had with the company. I talked about Active Rain, Trulia, Zillow....etc. but these were words he'd never heard of....much less what I was trying to explain. This was not his world. He told me that he still missed the listing books (before my time). He is comfortable with paper.

Before I left him I made him promise to set an appointment with the company webmaster and set up his free website. We'll see! But I know it won't happen. He wants to adjust, but probably can't. He talked about retirement and some time with his wife.....I hope he does it. This lovely gentleman...a true "gentle" man.....is still looking for a time and method which is long gone.

Thank you for sharing this.  I really appreciate that you spent time with him.  I was worried that when I read it, I might see myself.  Fortunately, I do have a web presence.

This story is so sad.  Thanks for taking the extra time, it probably lifted his spirits and you may have very well been the best part of his day.

Sounds like he also may have clients who are being ignored.  You should ask him for a list of his past clients and BEST clients.  Offer to connect with them and pay him a referral fee for each transaction that you make.  Don't try to make the man LEARN THE INTERNET...it ain't gonna happen.  It sounds like he doesn't have the inner strength to move forward, so help him, by helping the people who already know him.

Thank goodness I stumbled onto your post via Steve H's reblog.  It is very deserving of the feature you received.

I applaud you that although you had a busy day you weren't too busy to take the time to listen to and counsel this gentleman.  If this agent loves paperwork he would probably make a great admin. assistant or buyer agent.

Although he isn't a techie he probably has some great people skills.  I think that's great that you are willing to utilize his experience.

That is a very touching story Karen.  Kind of sad but very real.  There are a few agents in our office that are the same way.  1 just went into referral and 1 is retiring.  Sadly, if you can't adapt you won't make it in this business.  When I am an "older" agent I sure hope I can adapt to the changes.  Wonderful post, well written and very touching.

Karen, such a sad story. I have found the longer agents have been in business the more resistant they are to change. I know several agents that are quite successful even though they aren't using the Internet. They see no reason to change, but for those that are having difficulty, the Internet presents new opportunity.

Me again.  Your post inspired me to write my own.  Thanks Karen.

The Solution is an assistant or partnering up with somebody that is tech savvy. My former partner was an Outstanding salesperson but basic when it came to internet advertising.

Hmmm.... I bet his "people" skills are outstanding and all he needs is some personalized support.

Hi all....I was out all day, Christmas shopping with my best friend. I'm touched that this story touched you all. We are such a supportive group here and I'm honored to be among all of you.

Short follow-up....I called him today and talked about what he wanted to do, going forward. Traveling more with his wife and spending less time working does sound nice. Finances are not a problem. The problem is that he gets bored and real estate is his passion. So I asked if he'd consider coming to work with me....we are going to meet next week and talk some more. The door is open, so we'lll see.

What a great opportunity for both you and this Gentleman.  I bet he will pamper your clients and treat them well.  You'll do the internet things.  A perfect relationship?

Karen, you are one great person with a big heart.  I hope you can help to strike some sparks back to this gentleman's life.

Karen thanks for the follow up.  That's great news that you two will get together again to explore and discuss the possibilities of a working arrangement that could work to the satisfaction of both of you.  He could spend more time with his wife and travel some and real estate some and hopefully you would both benefit.

Karen, I feel that if you can just lead him to get started on Active Rain that he will discover what he's missing...and how to get from here to there!

What a sad story. I'm glad you took the time to go to coffee with that gentle man.

"He told me that he still missed the listing books (before my time). He is comfortable with paper."

Those three sentences sum it all up.

Human connections - that's what sets us a[art.  Good work reaching out, and I look forward to hearing "the rest of the story".

What a touching story. Then again, 2 years ago if you had told me I'd be blogging regularly, I would have looked at you funny.  A lot of agents I know are approaching the end of their careers and just don't want to "add another thing" to their repertoire.  And in many cases, why should they?  But anyone with 5-10-20-30 years left in the business needs to adapt to the new world, painful as it may be.

Karen, thank you for sharing this great story.  I truly believe some one like this can still survive, even without the internet, because of the strength of their relationships, however, it would be very difficult to "thrive" now and in the future without leveraging technology and the internet.

Dec 23, 2010 07:45 AM
LIKE
#148
You must sign in or register to leave a comment
Login Register
Show All Comments
Older Post Newer Post
Back to Top
Generate More Leads from this Listing
With a Trulia Pro Account
Learn More
Find what you need?
See More Blog PostsAbout Real Estate! SEE MORE NOW!
Ambassador
1,561,538 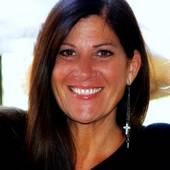