While cruising the route along the Santa Susana Mountains, passengers are treated to railway entertainment, dining and holiday festivities.

If you've never had the pleasure of taking a trip on one of the Fillmore & Western Railways, you've missed out on one of the best forms of entertainment that Ventura County has to offer.

What better time to take your maiden trip than on the North Pole Express Ride.  These events are a total blast for the whole family.  I promise you, you won't regret the time and money you spend; it's well worth it.

This year the Fillmore & Western Railways is bringing back Engine #14, their first "go green" locomotive.  The #14, a Baldwin Steam Engine locomotive was built in 1913 and has been idle for 50 years.

It has now been completely rebuilt and has been converted from a coal-fired to an oil-fired engine and has been outfitted to be fired by recycled vegetable oil and will be one of a handful of locomotives in the country to "go green".

The locomotive was purchased by Fillmore & Western in December of 1999 from Dodge City Railroad in Dodge City, Kansas and hadn't seen service on the rails since the 1960's.  The locomotive will be back on the track as one of the December Christmas Holiday trains.

For more info on this train as well as all the other holiday trains and events, please visit www.fwry.com or call 805.5242546.  All aboard for fun and festivities this season! This looks like a great time for the family.  Great event and thanks for sharing with us! Happy Holidays to you and your family!

Looks like fun.  Great localism post.  I need to try to call you soon so I can better understand how you are using these posts so I can be more effective.

What a "Fabulous Train Blog."  So interesting, and how great that one of the locomotives was brought back and made into a "go green" locomotive. What is so unique is the fact that a Wonderful Holiday Event is involved with this train. What a great idea, for a family Christmas adventure. I have always loved trains, and there are so many sightseeing opportunities on a train. Great blog.......   :)

Lizette - These events are a blast!  You wouldn't think a train could be so much fun but I assure you, they are - REALLY!!!

Debbie - Would love to talk!  I just might surprise you one day and call you instead!  Some of my fondest AR memories are the times I have spent talking on the phone to my AR buddies.  :)

Myrna - The "green" train is a trip!  These train trips are truly a wonderful event, if for nothing else but the scenic views.  We have a lot of mountains around here.

Thx for stopping by ladies; I really appreciate it.  Have a good day and a wonderful weekend.  :)

Trains and Christmas, they just kind of go hand-in-hand, don't they?  Sounds like a great time, wish we were in CA!

Hi Donne:  I wanted to stop by and tell you I saw that Simi Valley was named one of the safest communities to live by one of the big sites that publishes statistics!   Merry Christmas!

This looks SO fun.  Wish I was closer.

Donne - I tried to send you an email, but it didn't go through; tried to do spam thing to show I'm real, but there was an error.

Anyway, today's blog post was written for you ...in response to a question you raised on one of my posts.

CA - The Fillmore Train company does these special train shows all year long for every holiday.  They're really nice trips.  WE have some really beautiful scenery around here and they put on some great dinner shows in the restaurant cab.

Jane - I read that same article.  It doesn't really surprise me about Simi Valley; we've always been in the top safest cities for as long as I can remember.

Tammy - These events are really a blast for the adults as well as the kids.

Gene - These train rides are such a wonderful family event, which is why they are so popular around here.

Debbie - Sorry about the spamblocker; I've got my settings on pretty high because I get so much crap.  I've added you to my address book though so you shouldn't have that problem in the future.  Going to go and check out your new post now.

Thx for stopping by folks; I really appreciate it.  Have a good day everyone and a wonderful weekend.

I love trains. My husband and I often take the Amtrak to San Francisco. It's a 90-minute trip from Sacramento, along the Delta waterways. Very scenic. Love the bullet trains in France, too. But this North Pole Express train down in your neck of the woods looks simply delightful -- not just for kids, either!

Ken - Oh, you have too heard of this.  I know this because I've told you about it myself before, the last time being when I blogged out the Pumpkinliner at Halloween.  Your busy schedule must be keeping your brain full and your memory lost.  :)

Elizabeth - It's just as much of a treat for the adults as it is for kids.  The Fillmore Railways do these special holiday rides all year long for every holiday.  They're also very popular with the movie studios around here.  In reading about the history of the station and the trains, you'd be shocked and amazed at the number of movies this station and these trains have been in.

Thx for stopping by folks; I really appreciate it.  Have a good day and a wonderful weekend.  :)

That is SO cool! I can imagine the look on the faces of all the little ones! Too bad we don't have something like that down here!

Barbara - While the kiddies definitely have a blast, adults can have a great time too.  Thx for stopping by; I really appreciate it.  Have a good night and a wonderful week.  :) 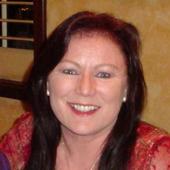