I wanted to put a word or two in writing from what I have seen over the past year in Real Estate.  In the beginning of 2009 we saw some pretty good activity with people buying houses. We had a lot of first time buyers take the plunge into buying their first property, plus we had a good amount of move up buyers purchasing additional properties or selling and moving up.  There were great incentives early in the year and when the incentives went away, so did a good amount of the buyers.  As the year wore on, interest rates started to creep lower and lower and they bottomed out in early November with rates hitting as low as 4.00% on a 30 year fixed rate mortgage with no points.  They have since jumped up a bit, but when they were at those crazy low rates I was telling people how they could buy a property at 1989 prices in 2010.  Interest rates were around 10% in 1989 and housing prices have gone up approximately 80% since 1989 so the payments are equal.  These numbers are crazy.  Obviously this allowed many people who own their homes to refinance and with the refinancing they have saved hundreds and sometimes thousands of dollars per month.  I have advised my clients that can afford it to continue to make the same payments that they are paying then they can pay their homes off 2-10 years sooner and that will save them hundreds of thousands of dollars of interest.

Getting away from refinancing and back to the business of purchasing a new home.  With payments as low as they are to own it is very surprising that people are not jumping at purchasing a house.  Yes there is some concerns over future prices, but if interest rates climb 1% the prices would have to fall by 10% to keep the payments the same.  Example a $300K purchase price today would have a payment with taxes and insurance at approximately $2125.00 per month including taxes PMI... with just 3.5% down.  If rates go up 1% then you would be able to have the same payment with a $275K purchase price.  So the big question is do you think we will have a decrease in prices by more than 10% over the next year or so?  I know interest rates will not be in the 4's forever.  I know they can't stay at these levels too much longer.  Do I need to talk about the tax deductions and the fact that you will be paying off over $350 per month on a $300K loan amount?  Do people understand the tax benefits to purchasing a home?  The fact that they get to write off the interest, PMI and the taxes?   If you factor in for the principal you are going to pay and the tax write off a 2100 mortgage payment is equivalent to a $1300 rent payment in most cases?   You can buy a house with 3.5% down and the 3.5% can be a gift!  What parent would not give their kid the money to help them get into a house?  I guess a parent that doesn't have the money?  Oops, there I go again on a tangent and I totally went away from what this article is about.

So 2010 was OK when it comes to real estate.  Values were stable the first half of the year and they even went up in some areas.  They slid a little at the end of the year but that usually happens with the holidays.  I think 2011 will be pretty close to the same.  There are no first time buyer credits available at this time and I don't think there will be any in the coming months so I guess we will see if we can stand on our own two feet in 2011.  The big problem is jobs or the lack of jobs out there for people.  If we can ever get the unemployment numbers down then Real Estate could take off again.

You are correct, I did not touch on foreclosures and short sales.  Do you really want me to continue writing?  OK, but I will be brief.  There is still a large backlog of homes that need to be foreclosed on.  There is no telling exactly when these will be released to the market and when they are released what kind of shape they will be in.  Remember that a person living in their house that is about to be foreclosed on is not really willing to put new paint, or carpet in their house.  The kitchen will probably be in bad shape and they generally let the general maintenance of a house go while they are not making payments.  So there is some inventory, but there are also investors that buyers are going to have to compete with to buy that inventory.  Investors with cash that don't care if the house looks bad because they come in do a quick paint, fix a few things, put some grass in, put in a new toilet and get the house ready for sale.  If all of these properties hit the market then what will happen to prices?  Great question and I don't have all the answers, but I can tell you that there are some areas that investors went into and bought some houses that were in poor to awful shape,  These houses were in the North Oaks area of Canyon Country.  These houses were being purchased in the high 100's (180-200K) and being sold for 250k then 275k then 300k then 325k and now for about $289k -310K.  The old beat up houses went up as high as 240K from the 180's.  It was craziness and as the prices on bad houses went up the investors moved into other areas.   The good news is they cleaned up the neighborhood.  So the good news is that will happen in most areas.

OK, so I touched on foreclosures and I could probably talk for hours about people who had foreclosures and how they can get loans and when they will be able to buy again, but I will have to save that for another day.  Just keep in mind that many of those people will be buying next year and they will be your competition if you wait too long.

Welcome! Welcome!! Welcome!!! to ActiveRain! Lots of opportunity here to generate and grow your business, have a good look around and jump in!  You can really get your name out in to the world more efficiently then any other way on the internet with ActiveRain!

Mike, Thanks for Sharing & Welcome to the Rain! Active Rain is a great place to share your knowledge, expertise and thoughts, as well as network and learn so much from the vast pool of talent already onboard.

Yay you finally made it. Now take a class to learn how to had photos, get a header, and add words to get you up the search engine.

Welcome to ActiveRain, Mike, and congratulations on your first post! This is a great place with lots of knowledgeable people who share tons of helpful information.  I hope you'll enjoy this great website as much as I do. 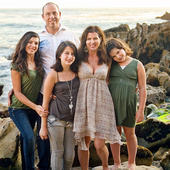