A few years back i received the best gift EVER from my brother -in-law, sitting next to me here.. I know it also said from my sister but have a sneaking suspicion he was the driving force of my Nerf arsenal I received, complete with protective eye wear.   I told Todd, after his blog on family game night with the nerf gun for those kids that might be cheating, or should we say beating him, :) that I would post my pretty Nerf gun picture.  Maybe I'll have to pull them out for a games during Christmas Eve. (You should have seen my mom and sister do the tuck-and-roll... aaaaahhhh the memories  - these are priceless!! Thanks Doug!

Your right, memories are great but making new ones that better the old are the best.

We used to have a full Nerf arsenal at the office, and when agent's kids came by we would have a REAL shoot-out. It was tons of fun.

That's AWESOME!  I think that's a great idea everyone should adopt

It is hard to take those pictures during the duck and roll maneuver, but I think they did a very fine job. (LOL) Cheating, it was cheating, I'm to good to be beat any other way. 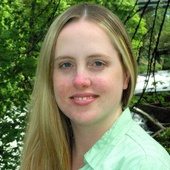