Located within Cecil County, Maryland, there is a small place you may miss if you were not looking for it. It is Colora. Located in Colora is a fabulous family owned orchard, Colora Orchards. The owners of this local orchard harvest apples, peaches, and nectarines, among a few other items. On the property of the orchard is an older brick home. During season, there is an older lady, Mrs. Balderston, owner of the orchard, who will be glad to sell you her fresh produce.

Also, in Colora, Maryland, is the oldest boarding school in America, dating to 1744, West Nottingham Academy. West Nottingham Academy offers both on and off campus living for students grades 9-12. Personally, my favorite part of Colora, is a small street which holds the original buildings which I believe were built when Colora was settled upon. One can see the remnants of the old post office, grocery store, and other places, which are now privately owned by residents, and seem to be in a bit of disrepair.

Colora, located in Cecil County, between Rising Sun and Conowingo, offers a great location to reside. Single family homes, a few communities, and also much agricultural area, are what makes up Colora. Want a tour? Give me a call!!! 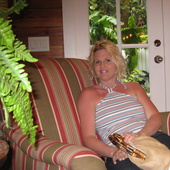