As we all know, every Christmas Eve, Santa hits the skies to deliver presents to waiting boys and girls here, and throughout the world. With technology, it’s easier than ever to track Santa’s flight across New Jersey, the United States, and the world.

Since 1955, NORAD – the North American Aerospace Defense Command, tracks Santa on his flight on their website, noradsanta.com, featuring satellite, radar and high-speed digital camera giving up to date information on exactly where he’ll be.

Chief of Combat Operations William Platt explained how the tracking works. “As Santa Claus departs from the North Pole on Christmas Eve, we monitor his travels with our radar systems,” Platt said. “Once we have St. Nick on radar, we will use satellites with infrared sensors to detect Rudolph’s glowing nose. The last way we track the Man in the Big Red Suit is with Santa Cams. NORAD has placed high-speed cameras throughout the world to capture images of Santa and his reindeer as they deliver toys.” While Santa remains in U.S. airspace, he is accompanied by a fighter pilot escort to make his trip safe and smooth. Some 1,250 NORAD and Department of Defense employees volunteer their time to make Santa’s trip a smooth one and track him as he moves across the globe.

Of course, there’s other ways of keeping up with the big man in red with social networking and more. NORAD maintains a Facebook page with updates on Santa’s location every hour. You can also call NORAD’s Santa Operations Center at 877-HI-NORAD. Using your smartphone you can track Santa with Google Earth; the 3D Santa Tracker app for iPhone or the Countdown to Christmas app for Android phones. You can even send him a tweet (@noradsanta), or send him a video message via smilebox.com, and even check into the North Pole on Foursquare. Be sure to keep an eye out tomorrow night in the sky as Santa makes his flight!

I love this and was able to keep my son going for a few years. I even used some fire ash to out line a footprint on the heatrth so I could point to wher Santa went back up the chimney

I also love this!  My boys are all grown now, but we used this many times throughout the years.  My thanks to them!

Brian - WOW, I didn't know Santa was so accessable and tech savvy!  I will be sure to keep this in mind when I spend the holiday with my younger siblings...facebook, foursquare, NORAD here we come.  Happy Holidays!  --Krystal

It is surprising that Santa and the elves haven't developed some better anti-radar technology to keep his stealth status. It sure makes it fun for the kids though that he hasn't. 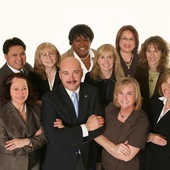