I just had to re-blog this --- thanks, Carolyn -- I have never had a song written for me before --- I love the song and also love the cover of the album. Stephen, the Minion Blur selected six out of ten tracks to be released on our fourth album. Seems the left overs were a wee bit "too loud" and need some more minion tweaking (LOL).

Off we go into the studio to create our fifth album (after lunch). I thought I wouldn't have to think about this until after Christmas, but the little minions are the wee boss of me when Melodious isn't around to keep me in virtual check. Stephen is demanding a jellybean song. I have to come up with something fun and colorful before our Santa date so I'll try to be brief. ;-)

1. The tracks Poppy D, Melody B and Mama Liz were created for Poppy Dinsey, Melody Botting and Liz Loadholt. I like being inspired by my social media peeps and the kids and I wanted to thank Liz for hosting us in SC. You guys can follow me on Twitter @CTannStarr and @TannStarr if you are into the short version of whatcha doin' (LOL).

2. Papa and Nana are what my kids call my mother and father. I grew up on jazz so that spoof is for them (LOL).

3. Jayland was created for Jayland Brown, a best wee people bud of the shorties. Elijah's song is being remastered because Stephen isn't finished twisting the virtual knobs on the digital mixing console. Elijah is Jayland's brother. We're also doing one for Yani, their mom. She's mad fun. :-)

4. Did I mention my four year old yuppie is a special effects junkie? He gets it from his Mama (LOL).

6. Runaway Train... hmm... There's a blog post explaining that bit of mischief here (and a couple of other virtual places - LOL).

Time for lunch... Will pop in later to answer some more e-mail and spoof on my next batch of Rainers we arranged music for. The kids are painting my album covers. Very colorful, fun and cool. I need 16x20 frames for them.

P.S. Our walls are still naked. So is the guest room... At this rate who knows when the den will get done (LOL). Disclaimer: Any comments and contributions provided on ActiveRain.com (or other electronic or print media) does not establish an agency relationship with any third party. Blog posts are intended to be informational only. Please be advised that real estate practices vary in regions and from state to state and market to market. The information contained herein does not constitute legal advice. All parties in need of legal, accounting, tax, or real estate guidance are directed to consult with the licensed professional of their choice. Please seek specific guidance from a retained professional in the specific field(s) required to service your interests. I and/or team blog writers make no claims, promises or guarantees about the accuracy, completeness, or adequacy of the information contained in or linked to this web site and its associated sites inclusive of but not limited to CarolynTannStarr.com MySpace/TannStarr 46486 NY Working Moms Examiner   ActiveRain Group Club Chaos ClubChaosAgents.com CyberMinions.net CTannStarr Outside Blog CTannStarr Localism Blog TannStarr.net UberMental.com 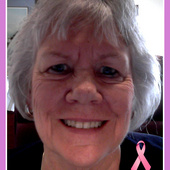