It's not a great time to be selling your house.  Turn on the news, browse the internet, or just ask someone who knows.  If you didn't already know, it won't take much effort to find out.  By all accounts, it's a buyer's market.  Now, I don't mean to scare you.  I just want you to be aware that there's a surplus out there.  You're going to have to do everything you can to set your house apart from the pack and lure in that one buyer.

Just what those things are is material for another day.  Today's advice begins with a story...

I've been working with a family from the midwest that plans to retire here in Tupelo, MS.  We've been working for months to find them a home.  We had a beautiful lakeside property picked out two months ago.  I'd sent them everything there was to send.  They knew they'd they'd found 'the one'.  Immediately, they made plans to travel down and see the house in person and make their offer.  Less than a week before they arrived, the house sold out from under them.

Well, they came down as scheduled anyway.  We visited 8 houses.  They liked all of them - but none of them measured up to that first home they had fallen in love with.  Disappointed, they returned home.

Three days later, I sent them a new listing.  A nice house.  In fact, a very nice house, but frankly, I didn't give it a second thought.  At 7;30 that evening these folks called me, almost out of breath.  "Chris", they said, "You have outdone yourself."  Really?  "We're coming down next weekend and we're going to buy that house."

As planned, I shceduled the showing and they returned to the area.

It was almost like watching my kids on Christmas morning.  Their eyes lit up and aournd every corner, there was another, "ooooh" or "aaaah".  It was perfect.

Three days later we presented an offer.  Not a great offer, but a very good offer -7% less than list price and had a pre-approval letter from JP Morgan/Chase.  We asked to close on March 21at (about 90 days) with no contingencies.  I told the agent that we understood that the date was a little bit out there and that, if necessary, we could pull it forward.

This is where the fun started.   Two days later, I got a call from the listing agent.  I knew right away that something was wrong.  After 5 minutes of hemming and hawing, he tells me that the sellers have elected not to counter.  Their reason?  First, they were not happy with the closing date.  OK, got it.  Second?  They would prefer that the buyers use a local lender.  WHAT?

So, these sellers instructed their agent to thank us for our interest, inform us that their would be no counteroffer, and let us know that if we elected to close sooner and use a different lender they MIGHT be willing to consider another offer.

I've got a better idea.  How 'bout you go fly a kite.  As of 5 minutes ago, there are 184 comparables in town.  I'll bet you there's at least one that can get the same 'oooohs' and 'aaaahs'.  Not only are we not going to entertain your nonsense, I personally will never show your house again and I'll do everything I know how to make sure that no agent with any sense does either.

Sellers, you're not going to get a perfect offer.  EVER.  The only way that I know of to ensure that the offer NEVER makes you happy, is to not counter.  Don't be stupid.

Chris, it is always amazing that sellers can do that to BUYERS that are so difficult to FIND.   Good luck with these buyers!

Update:  The buyers in this story bought new construction less than a quarter mile down the road.  The sellers let their listing expire and have put a FSBO sign back up in the yard.  Last week, they emailed me a flyer and encouraged me to show the property for them.  Yeah... that's gonna happen.

Sounds like you have your hands full my friend.  May the real estate force be with you and these clients!  Have a great day and upcoming weekend. 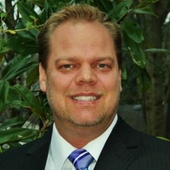 almost 11 years ago
bookmark_borderbookmark
Sellers, Are You About to Make a Mega Mistake? Ch...
View more Recent Posts   arrow_forwards