Back in September 2010 I posted this same blog and felt it was well worth re-posting in hopes it might capture the attention of new viewers who could benefit from this information.

The August 2010 issue of Islands Magazine has rated our beloved Big Island the Best Island to Live On. Criteria considered for making the top 20 Best Islands to Live On was real estate values, ease of immigration, expat community, quality of island life and more. For all us who already live, work and play on the Big Island know why we think it’s the #1 Island to live on, but for those who are just learning here are few amazing and maybe surprising facts about the Big Island.

The island of Hawaii is only 800,000 years old and is the youngest of the Hawaiian isles. It is also, by far, the largest island in the Hawaiian island chain; its 4,028 square miles is more than twice the size of all the other major islands combined.

Did you know the Big Island has twelve distinct climate zones, from tropical rain forests in Hilo and Ka‘u’s arid desert to the snow-capped summit of Mauna Kea. You can even ski the slopes of Mauna Kea in the winter. The Big Island in fact, is still growing. Kilauea volcano has been spewing molten lava since January 1, 1983, continually adding real estate to the island. Madame Pele at her Best

There are many cultural and recreational activities to enjoy while living and visiting the Big Island including the East Hawaii Cultural Center which hosts local, national and international invitational art exhibits. The Kahilu Theatre located in Kamula provides a home for the presentation, support, education and promotion of the performing arts. The Big Islands largest attraction is Volcano National Park which highlights two of the world's most active volcanoes, and offers insights on the birth of the Hawaiian Islands and views of dramatic volcanic landscapes. Let’s not forgot the largest draw of people to the island in October every year the Ironman Competition.

If  you are ready to make the leap and own a piece of the #1 Rated Island to Live On, now is a great time to dive in.  If you’d like more information about the Big Island real estate market, contact me. 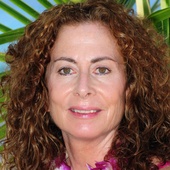