Okay, this is a territorial dispute, Sasha on the left just jumped up on my old trunk, Shayna was already up there sleeping. It could mean war.

Sasha is our 14 year old Himalayan and Shayna is our 5 month old Lynx-point Siamese-mix (SPCA alumni). Shayna is wary of Sasha because when we brought Shayna home a few months back, Sasha was so much bigger and hissed so much louder and smacked so much harder!

Now, things are more even, and I think Shayna is on her way to being much bigger but she never spits or hits so we'll see how that plays out. Shay's probably got some computer-generated warfare thing up her furry sleeve. See My New Assistant

As you can see, Shayna's not sure how this will end. Shayna's thinking, I wonder if she's going to chase me off? Well, looks like all is quiet on the western front and it's back to sleep for these weary soldiers. Notice they each have their own blankets and they turn their backs on each other .... that's how we preserve world peace! Pretend the enemy isn't there :)

They sure do have their own personalities which can lead to war sometimes. Sorry your husband is allergic :(

Too cute Toni, they probably do want to be friends, and could happen in the coming months?    They are beautiful, thanks for sharing!   Happy New Year!

Joan, I think they will be friends too eventually. Right now its detente.

Hi Toni - Interesting insight to a cat's world. Let's hope they get along :-)

Actually, John, they aren't doing too badly. Only an occassional outbreak of fireworks!

Cute pictures.  Underneath it all they love each other!

Oh, they are both just so beautiful...I do love the last photo, though...a peaceful coexistence works for all concerned.

My cats are the same Toni...they have the whole house but will fight for 2 sq feet of space on the couch/ottoman/rug, etc.  It's kind of funny to watch sometimes.

Toni, How cute. I love reading about your cats. I have had a little Jack Russell for seven and when my husband bought home his bully. Well.... it was kinda of the same thing. Now they are the best of friend and the Jack Russell is the boss.

Debra - I think they are in like with each other at this point :)

Susan - that's what we  are aiming for!

Anita - I guess we just don't understand their dynamics!

Don - you're probably right on with that!

Arleen - I've always heard that Jack Russells are scrappy and can take over :)

Great photos Toni! A great message...World peace is something I can relate to...

Very funny post!  I loved the photos of the beautiful cats.  Nice blankets each has too.

Joshua - thank you. Wouldn't it be nice if we could actually have world peace.

Michael - thanks, only the best for our furry children :)

Hello Toni and a wonderful cute post, "World Peace" Vegas Bob is with you on this one ... ;)

We just had a small skirmish here, Bob, so I guess we have a little work to do yet; just like in the big world!

They are both beautiful! My daughter's cat is enormous and his long hair makes him look like a tubby.

Sasha used to look like that but as she's aging, she's losing a lot of her fur coat. 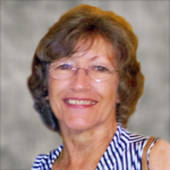