The 2010 real estate market can be summed up in two simple yet exasperating words: mixed messages.

Even early forecasts of the 2010 housing market, like this January 7th article from TIME, discussed the inevitable ups and downs. As the article forecasted, we did see weekly variations of the key market indicators. As one indicator pointed to recovery, another pointed to a continued downturn. As these Real Estate Outlook articles from Realty Times demonstrate, months would pass with no definitive answer as to what direction the market was heading.

But among the market ups and downs, there were many other significant news stories that would affect the weak housing market. The government’s Home Affordable Modification Program (HAMP), or anti-foreclosure program, was discovered to be surprisingly ineffective. According to this article from Realty Times, “Of roughly 1 million financially-distressed home owners who've been given mortgage payment reductions through three month “trials” under the HAMP program… just 116,000 have ended up with permanent loan modifications from participating lenders.”

As if that wasn’t enough, in October several mortgage giants halted home foreclosures amid rumors of shoddy paperwork and other legal issues. The foreclosure freeze lasted less than a month, but the market is still recovering from the lack of confidence. According to this Bloomberg article, “A reduction in foreclosure sales may result in a short-term boost to the nation’s median home price as buyers shy away from distressed properties.” But, as the article also explains, that short-term boost was quickly cancelled out when the “flood of properties” hit the market after the paperwork issues were resolved.

Despite the government’s attempts to rally the housing market, homeownership was at its lowest level in a decade and home prices continue to fall. But with Republicans taking control of the House of Representatives, some think that the real estate market, at least parts of it, will get better. In all likelihood, we’re in for a few more tough years of mixed messages as the housing market starts to gradually improve. And, if you ever wondered what the housing market would be like if the bubble had never happened, now you can know! The industry experts interviewed in CNNMoney’s “What if the housing bubble never happened?” article expect markets to grow by 10% in the coming years. 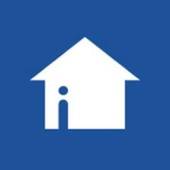