Union County a quiet county in Northeast Florida where one company owns the majority of the land.  This sleepy county has been quiet and laid back over the years.  Mostly composed in agriculture and timber tracts one would think this county will remain untouched by development for years.

But preliminary plans unveiled by Plum Creek this summer suggest change is coming. In meetings with local officials, business owners and residents, the company has rolled out a plan to annex 3,861 acres into the city of Lake Butler, including most of the town's signature lake, as a first step toward a master-planned development.

The Seattle-based company has turned to real estate in recent years to diversify operations in the wake of softening timber prices. While the decline in the U.S. housing market has brought lumber prices down with it, rural land values remain firm, says the company, which expects increasing revenue from its real estate division this year compared to 2006.

Plum Creek's Florida director, Todd Powell, says the company hasn't yet decided whether the Lake Butler project will proceed as a development of regional impact. "But I can tell you that we are so invested in this community, we want to make sure we're involved throughout," he says. "This is not one where we'll sell it off and let someone else do it all."

In other rural parts of the nation, such as Maine's Moosehead Lake area, Plum Creek's development plans have met fierce opposition. But Lake Butler and Union County officials are optimistic. The county is designated a Rural Area of Critical Economic Concern, with relatively low income and taxable values compared to state averages. Developing via master plan, officials say, rather than in the disjointed sprawl that covers so much of Florida, will give Lake Butler an opportunity to retain its waterfront and woods while growing new business. Maybe even a place to spend the night.

Pristine Properties International, participating with Cabela's Trophy Properties, specializes in Recreational and Sporting Properties.  Recreational properties has been HOT in a troublesome real estate market.  The trend of purchasing real estate that you can use and have the future appreciation is very exciting to many buyers.  Florida Trend Magazine did a story on Union County, where so oh my material came from.

If you would like more information on Lake Butler or partnering with Pristine Properties and Cabela's Trophy Properties, please visit http://www.pristineflorida.com/.

Show All Comments
Gary L. Waters Broker Associate, Bucci Realty
Bucci Realty, Inc. - Melbourne, FL
Eighteen Years Experience in Brevard County
I had to check out your blog since you are the only member in Okeechobee. Interesting post on Lake Butler. I know it well. My parents and grandparents were from Lake Butler. A sleepy town in a great location!
Like
chevron_left
Older Post
Back to Top
Newer Post
chevron_right
Rainer
79,983 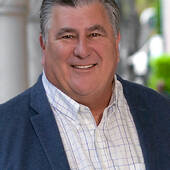