The summer I turned 16 I was convinced my parents hated me.  I had just finished my sophomore year, celebrated my birthday, was about to get my driver's license & gone to the junior prom with my new boyfriend - life was wonderful.  My parents decided to move us from Chicago's northwest side, the only home I had ever known, to the suburbs in search of a single family home in a wonderful neighborhood and school district.  Their search landed us in north Hoffman Estates - a mere 27 miles away but it may as well have been the other side of Earth to a teenage drama queen.  I was happy in my little, diverse part of the world.

Always a solid honor roll student I had no plans to go away to college; it just was not on my radar.  My parents and most of my family worked for the Chicago Transit Authority and my neighborhood was filled blue collar people.  I figured I might take a few classes while working as a secretary, like my mother had done.  I had no college example and my dreams only reached where I could see.  Not until I arrived at a high school where the student parking lot was tons better than the teacher parking lot and I visited classmates in their 3000 square foot brick homes did I even begin to ask "what do these people do for a living".  No longer was travel agent the most exotic job within my grasp.  I talked to real estate agents and accountants and engineers and sales professionals.  I was surrounded by people who were not from my neighborhood in Chicago, or not even from the U.S., and it was pretty exhilarating.

I also brought a sense of "the ‘hood" to those around me in suburbia.  No lie - I never thought I would be asked if I was in a gang, if I had to leave Chicago because a gang was after me, if I could dance salsa since I was Puerto Rican or, my personal favorite, if it was harder to speak Puerto Rican or Mexican.  I figured out rather quickly that most people live in their own small worlds and that most people stick with the familiar.   In high school they are recognized as cliques; in urban areas they are called ghettos or barrios, boroughs or parishes.  More often than not, the boundaries are not just determined by geography but by a common link.

I remember seeing a Charlie Brown poster that read "The more I learn, the more I learn, how much I have to learn".  I had no idea how small my world was until I changed zip codes.  Up until that time my parents lived in the same 10 mile radius their entire lives.  I did not understand the reason for the move or the change it would make in my life until very recently.  As I help people buy and sell their homes, I have noticed the importance that people place on demographics.  I applaud my parents now for going outside their comfort zone and not confining their lives to just those from the same high school, employer and culture.  My life is immeasurably richer and more colorful now because of the move 20 years ago.  It would have been easy for them to find comfort in familiar faces and common names but they stretched and that allowed me to fly.

After reader your post. It seems as though, your parents thought along the same lines as my parents. I am African American and my parents moved us to a neighborhood were there was one other family of the our culture. You talk about culture shock. I believe also, it was the best move they could have made for all involved.

You are an engaging writer! Enjoyed your personal journey and the reflections on it.

Make sure you add a few pictures! If you have none about the subject matter, even clip art breaks up the paragraphs.

Look forward to your future posts. Hope you become a regular...

Ivette, what a great blog and a great story. Thank you or sharing and best wishes in 2011. Cheers!

Good Morning Ivette, Welcome to Active Rain!  Enjoy your experience here and have an excellent 2011!

Wonderful story Ivette....this could be the start of your biography not just a post....I enjoyed reading it....

Hi Ivette, That had to be a very difficult move at 16! I've had to move my sons several times..to different states. I've always told them to take advantage of the move..that since they are starting fresh and no-one knows them, it is their time to change the things they didn't like about themselves...to try new things.  Sounds like you did this marvelously! Welcome to ActiveRain!

Best wishes for great success in 2011!

Thank you all so much!  I am inspired and encouraged to keep writing.  It was fun & pretty painless.

Ron - yes, going from majority to minority was EYE OPENING to say the least!

Cindy - bless your heart for advice to your own children.  I don't remember my parents saying anything like that - sounds like the topic for my next blog. 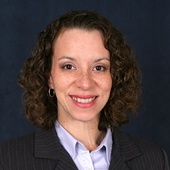