I've been working with Latino author Robert Renteria since early in 2006 when we began work on his memoir "From the Barrio to the Board Room."  Since then Robert and I have been on an adventure that neither of us could have expected (see www.fromthebarrio.com). We've published English and Spanish versions of his book, created a curriculum to help schools and youth prisons to utilize the book in the classroom (and one for churches, too!), and founded the From the Barrio Foundation to further the message as a teaching tool. We've spoken at prestigious events together, been profiled in major media, and Robert has won a prestigious award from the Illinois Secretary of State Jesse White, and was recently named Chicago Latino of the Year at the Drake Hotel downtown.

Our latest adventure has been the production and publishing of Mi Barrio, a comic book version of Robert's story created in partnership with SmarterComics. The comic book will garner the foundation national attention in 2011 and be a focus of our year long media campaign around the comic books, providing greater awareness of Robert and the Foundation as tools to be used against gang violence, school dropout rates, and drug and alcohol abuse among our youth.

It was through the production of Mi Barrio that Nathan Brown, Shane Clester and I saw an incredible opportunity.  While our other books in partnership with SmarterComics (and through our own brand to be released late in 2011-Round Table Comics), present valuable business and self-help ideas in comic form, Mi Barrio enters a different realm, that of comics that make a difference in people's lives at their times of deepest need.

As a result of our ongoing conversations, we have developed an imprint called Relevant Comics that will focus on some of the greatest challenges we face as a society.  Our first titles will include Alesia Shute's "Everything's Okay," which we originally published back in June of 2009.

Alesia's harrowing battle against cancer since the age of 7 is already being used around the country to inspire hope and provide advice to families struggling through catastrophic childhood illness.  Publishing a comic book version of her story will assist hospitals, charitable organizations and the Alesia Shute Foundation in reaching a younger audience and inspiring dialogue, support and ultimately hope when it is most needed.

We're also working on an agreement with McGraw-Hill to publish a comic book version of what is arguably the most successful book on eating disorders.  Both titles are anticipated for national release in October 2011 to be followed by additional books to the series in April 2012.

What could be more relevant? 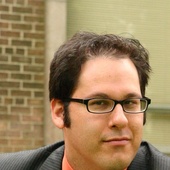