What's Going On With Mortgage Rates?

The Fallout From QE2

After reaching the lowest levels in decades, mortgage rates have shot higher over the past two weeks. There is not a simple explanation for why this happened, but looking at the many factors which are influencing mortgage rates right now will help to understand what's going on. In short, when investors look ahead, they see few reasons for mortgage rates to move lower and many possible causes for them to move higher. The major negatives include stronger than expected economic growth, domestic and foreign opposition to quantitative easing, and concerns about lower foreign demand for US securities.

Beginning in late August, the Fed hinted that they would initiate a new stimulus program to purchase Treasury securities, which is known as quantitative easing. In the short-term, the Fed buying increases demand for bonds, including mortgage-backed securities (MBS). In anticipation of this added demand, investors purchased MBS, which pushed mortgage rates lower. The announcement of the details on November 3, $600 billion through the middle of 2011, was close to expectations.

A couple of days later, mortgage rates begin to move higher for a variety of reasons. Stronger than expected economic data caused investors to raise their outlook for economic growth. Stronger growth decreases the need for additional Fed stimulus, and it generally leads to higher inflation. In addition, there was substantial opposition to the quantitative easing program from other countries and from many US politicians and economists, meaning that the Fed will face strong resistance to an expansion of the program. Investors had viewed the $600 billion figure as a first step which would likely be increased in the future. Stronger economic growth and opposition to quantitative easing reduce the likelihood that the program will be increased and possibly could cause the program to end early. In short, the expected level of added demand from the Fed decreased.

The quantitative easing program pumps dollars into the economy, and the increased supply weakens the value of the dollar relative to other currencies. When foreign investors sell US securities, they must convert the US dollars they receive into their own currency. If the value of the dollar falls, then the value of their US investment falls in relative terms to their own currency. As a result, foreign investors may reduce their purchases of US securities, including mortgagebacked securities (MBS), which would cause yields to increase. This fear of weaker foreign demand hurt mortgage rates.

China's announcement of a rate hike was another negative for US mortgage rates. Yields must rise in other markets to compete with higher yields in Chinese markets. Renewed financial troubles in Ireland and other smaller European countries helped US mortgage rates a little over the past week, but those concerns have mostly passed. The recent news has not been uniformly negative for mortgage rates. Current inflation levels remain extremely low. In fact, the Consumer Price Index data released this week showed that annual core inflation dropped to a record low in October.

Bottom line, though, when mortgage rates reached such extremely low levels, it left them in a position to reverse direction very quickly.

This is a good reason for buyers to move forward with their purchases before rates change once again.

Rates are going to continue to go up.

If you have a buyer on the fence, try and convince them that the combination of low home prices and still good interest rates make this a good time to buy. 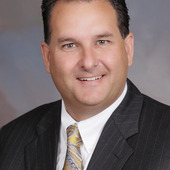