"I wish the walls could talk!"  I think this is the mantra of many that are involved in the process of selling a home.  Sometimes, it is assumed to be a price  issue.  Often though, a new lower price does not solve the problem.  More times than not, it is more subtle and requires the team work of a Realtor, a homeowner, and a home stager.

I recently wrote a post titled Staging Through The Eyes of A Buyer in which a Realtor shared a buyer's comments about his pleasure as a buyer in purchasing a staged home.

I spoke with a client yesterday whose home we are staging as he prepares to transition as quickly as possible from a home seller to a home buyer.  He had decied to begin his search for a new home so that he would be prepared to move as soon as his home sells.  As we often do, he fell in love with a home even though it was a little earlier in the process than he would have liked.  His first 2 visits to the home had him falling in love and ready to make a purchase.  On his third (and final visit) he planned to just take a final look before making an offer.  He arrived at the home to discover that the sellers had moved their furniture out after his 2nd visit.  Surprisingly, he entered the empty home and decieded he no longer liked it and did not make an offer.

As we discuss strategies to stage his home, he is adamant in stating that he will not make the same mistake the seller made in the home that he ALMOST! purchased.  It is tempting to "jump the gun" but it can be a costly mistake.

Design To Market has been staging homes in Cincinnati since 2004.  Call us today at 513-265-0952 or visit our website at www.designtomarketllc.com.

Oh this is a good post in helping sellers understand the importance of keeping it staged, even with contract in hand, until as close to closing as possible Jo! Thanks for sharing!

Great post.  I have had more than one Realtor and homeowner ask me to stage it, take pictures and empty it out to cut costs.  I should send them your post. 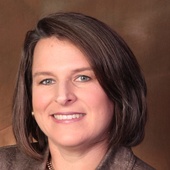