For the last ten years, every time we talked about real estate we immediately discussed money. We didn't talk about the value of a home but instead about the price of the house. We didn't worry about a roof over our heads but instead the ceiling on our interest rate. We didn't care as much about where we raised our family as we cared about increasing our family's net worth. Many of us considered flipping a house or buying a rental property.

That will change in 2011. I believe very strongly that real estate will return to what it has been for the 200+ year history of this country: a place for us and our families to live comfortably. It will also prove to be a great long term investment as it always has been. Forbes.com said, "With all the teeth-gnashing over the real estate bubble, the bust and the mortgage mess, you can be forgiven for failing to notice this little tidbit: Housing had a superb decade." (Forbes.com 12/06/2010) In fact, if you purchased a house in the year 2000, you had an average value gain of 58% per square foot in 2010.

Our parents and our grandparents didn't buy their homes as a short term financial investment. They bought it so they had a place of their own to come home to at the end of the day; a place to raise their family; a place they could feel safe. A survey by Fannie Mae (Nov. 2010) found that 96% of people see homeownership as a positive experience.

Sure they dreamed of the day they paid off their mortgage. They realized it was a form of forced savings. They were taught that, if they paid their mortgage every month, they would wind up with a little retirement account decades later.

And, they realized that wouldn't happen if they rented.

However, in the last decade, we somehow forgot that the financial aspect was the icing on the cake not the major reason to buy. I believe that 2011 will be the year that people return to the historic reasons families purchased a home. This is the year when we again remember that homeownership is a major part of the American Dream.

What about the challenges to a housing recovery? Let's look at them.

Some reports are showing that the economy is doing better. This shopping season provided additional proof of this point. As the economy recovers, so will consumer confidence. This will be great news for housing.

There is much talk about a ‘jobless recovery'. I agree that unemployment will continue to be a challenge. However, when you talk about housing, it is not the unemployment rate that is all telling. Instead, it is the change in the rate. As unemployment skyrocketed, people started to worry about their own job. Any change creates concern. Unchecked concern turns to fear. Fear causes paralysis. The spike in unemployment has plateaued. People no longer have the feeling that ‘they are next'. The fear will diminish and hopefully, people will start moving on with their lives. This too will be great news for housing.

Locally, in Suffolk County, the unemployment rate was lower than the national average at 7.4% in the December 2010 report and even lower in Kings Park at 6.3%.*  As the economy recovers, more and more people will feel secure in their jobs and willing to commit to buying a home.

It seems the bottomless pit in which rates have been falling does have a floor after all. And it seems we have found it. Those purchasers who had been waiting for the best interest rate may have already missed it. I personally completed a refinance loan application in early December when the rates were 3.5%. By the time I was approved, the rates had increased to 4.5%. Buy a home NOW, before the rates rise even higher.

Economists are projecting that prices will not see any appreciation in 2011. Sellers who had been waiting for 2006 to return will come to the realization that waiting any longer makes little sense. They will instead decide to get on with their lives and sell this year.  When you figure in the amount of money spent on mortgage interest, property taxes and home maintenance, you may not sell at a high enough price to make up for the money you spent waiting.

Prices probably will soften further. However, the possible savings to potential buyers will be minimized by a rise in interest rates.

This is the year that the real estate market returns to normal. People will buy and sell based on the desire for a better life for themselves and their families. They will realize the true value of homeownership and they will be willing to pay for that value.  With prices and interest rates low, it is the perfect time to buy that first home or move up to a larger home.

Some information used with permission from Keeping Current Matters 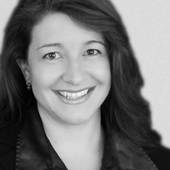 Home Buying over 11 years ago
bookmark_borderbookmark
2011 is the year to buy your kid a home!
View more Recent Posts   arrow_forwards