The McCaffrey Report - a Look Back at the Market in 2010

2010 was a year where the statistics do not tell the whole story of what has been happening in our local real estate market.  Although the numbers show a slight upward trend in pricing, this is due, in large part, to a greater number of sales of higher priced homes. The percentage of sales over $500k in 2009 was 27% because of job market uncertainty and rose to 30% sales in 2010, skewing the average price upward. In actuality, prices continued to fall, driven by the abundance of short sales and foreclosures. 15% of the closed sales in 2010 were distressed properties, versus 9% in 2009. This is far below the national level where on average one third of all sales were distressed. We believe this will continue for the foreseeable future.  We expect further price depreciation as the pace of buyer demand slowly rises, but not enough to absorb the inventory of retirees and distressed sellers in our area.  Most economists predict a further price decline of 10% nationally.

Interestingly the volume of homes sold has already begun to improve locally from historic lows of 2009. In 2010 we saw a solid increase of 10.8% whereas the numbers nationwide recorded an all time low of 4.4million homes sold. Buyers are returning to the market as they realize that between the historic low interest rates and the market adjustments to pricing, affordability is the most favorable since statistics have been kept. The number shows that the volume of homes sold in the nine town market are off 49.8% from the BEST year in 1998!!  We are still 40% below a more average year such 2001, showing much room for further improvement.

Although we don't think that the recovery is yet underway, we do see some early positive signs.  With the advice of many local economists, it appears that the real estate market is in for a slow leveling off with true recovery beginning in 12-18 months with modest but steady price increases. At McCaffrey we will continue to monitor and evaluate. 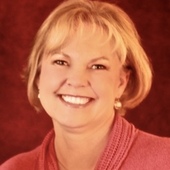