4 I have 4 called shots I'm one away from the coveted star as mentioned below.

Find a blog post that you love, recommend it for a featured post, if it is you get some credit, get 5 of them and you get a gold star.

I need to predict or suggest one more post. Since the day we introduced the concept of a featured board, which would reside on the home page of ActiveRain, there has been debate over the merit of featured posts. In the coming months, I will try to give you some insight into why we selected certain posts to be featured. Each time, I'll try to give you some insight into certain styles of posts that you continually see featured, (like tutorials) and why we feature those type of posts.

I'll also try to find one post that didn't get as many comments (which may be indicative of the fact that not as many people were interested in the topic) and explain why we featured that post. Then I will just select a few posts at random and try to let you in our thinking in general for those posts.

Let's get a few things out of the way up front:

There are many posts that go un-featured every day that are worthy of being featured. With over 2200 posts per day, we try to at least roll the board once each day (There are 18 featured positions on the board, meaning if we feature 18 posts in a day, the posts from the previous day completely roll off the home page). This means that if we average 22 posts a day, we are able to feature about 1% of the posts each day.

We are willing to listen to any ideas that our members may have of how we can select featured posts that are more representative of the group as a whole. We already have the ability for members to suggest posts for feature, but would love to hear other ideas of how you believe we could make the process less subjective.

The selecting of featured posts is highly subjective as it is ultimately done by the staff here at ActiveRain based on the 'suggest'ions of our members.

Here are 8 recently featured posts and the thinking behind why they were featured:

Changes to the REALTOR® Code of Ethics for 2011

I chose to feature this post because it was a timely reminder about something many of our members should be concerned. The REALTOR® code of ethics changes from year to year. Updates are made and it's important that as many people as possible get a chance to see what the new updates are. Also, they didn't just list the changes. They actually went in and gave examples of the practical applications of the new changes. That part is huge for me! Anyone can list the changes.......the post becomes feature worthy because they took the time to make their own examples of the changes in action.

Not the most visually appealing post in the world, and not a link to be found. I don't care, it's a great message. The reason this post stuck out to me is because of something I saw on Facebook. My friend Ben Kinney posted "Team prospecting day has yielded 25 listing appointments in the first 2.5 hours. Are you calling expired or canceled listings today?"

I have to guess that this is some sort of Keller Williams thing. On Ben's post, many other KW agents were chiming in about how well their office or their team was doing calling expired and canceled listings as well. Upon seeing Michael's post, I thought that our members could benefit from seeing what someone else out there is doing to take control of their business in 2011. Sitting by the phone waiting for someone to call is no way to run a real estate business. Picking up the phone and putting in the work is what you may need to be successful, I thought Michael did a good job of articulating that.

The Untold Story of the Current Real Estate Crisis....Shoddy Construction

I didn't even feature this post, but I'll take a stab at what the other person on our team was thinking when they did. First off, this post, at the time it was featured had the most 'suggests'. Now, Richard has a large following so it makes sense. That is a following that he has fostered over years of blogging here at ActiveRain. I have no idea why the 670 people that have chose to subscribe to his blog have done so. I know why I would subscribe, but I don't know why they have. I do know that when he writes something, it often gets suggested. He writes great stuff, so that makes sense. Or, maybe you don't agree. Maybe you think he is bland and boring (just the first two words that popped into my head, in no way related to his writing). That's fine, not everyone agrees on everything. In fact, if we all agreed on everything, this would be one heck of a boring network.

I believe this post was featured because it's a great point, and if true, has significant consequences for tens of thousands (probably more) home owners in the coming years and decades. He's on the ground as a real estate agent every day. This is something he is witnessing in his market. If you had an explosion of buildlng in your market during the boom, I bet you you've seen something similar. Many of the comments reflected this sentiment. He compares and contrasts older homes with the newer homes he has seen that were built in the last 20 years. It's a practical observation based on what he's seen in his market. It doesn't hurt that he always has amazing images in his blog posts, images he took while out and about in his market.

Who Comes Up With House Numbers?

I'm not going to lie, our numbers have gotten so large in terms of number of members, that there are people here in the Rain that I am not as familar with as I wish I could be. Jason is one of those people. He has over 100K points and prior to this post had one featured post. When I saw this one suggested, I thought it was so well written that I immediately went to Google to see if it was original. It's nothing against Jason, I'm just shy about featuring content that is not original because I've done it in the past and it's not good for anyone involved.

Once I established the content was original, this one was a no-brainer for me. Everyone who lives in a house or apartment has some way of letting everyone know what their address is. Jason actually goes through and explains how our address system was set up. The part that really made the post feature worthy for me was where he talks about the visibility of house numbers. Most of us don't give much thought to how visible our house numbers are or how important that is, if god forbid, we needed emergency services to be able to find us.

Even though the post didn't garner many comments, I felt good about featuring the post when Kristen Ueckert commented "Hey, nice job! My hubby is a firefighter and you're right, numbers are important to our safety! Good visibility, especially at night, is critical when seconds count......"

I don't know where he got his info, but I thought he did a great job of writing about a subject of which most people know nothing.

Why Should You Contact A REALTOR® Outside of Buying or Selling?

Tricia gives four practical reasons why a consumer should contact their real estate agent even when they aren't buying or selling. This is a great post focused on educating consumers. However, maybe remembering these reasons gives you a reason to reach out to your sphere and remind them that you're here for them even when they aren't currently buying or selling. What better way to become THE agent your past clients refer their friends to, then helping them even when it doesn't mean a commission check for you. If I was her, I would have sent this to my entire database of past clients. Surely one of them will be in a situation of this nature, and they will be reminded of the wonderful service Tricia provided, and continues to provide as their REALTOR®

I Had Another One of THOSE Calls Today!!!

This one is an ActiveRain success story. If you've been a member for a while, you know we like these. We don't get a chance to feature every success story, but we like to feature as many as we can. Why? So that our newer members are encouraged that if they jump in, get engaged and just do it, they can actually close business as a result of their blogging and involvement on ActiveRain. The other reason we do this is because we are excited that ActiveRain is helping our members earn business. That is a huge part of what drives us as a company, making sure we provide a platform which our members can leverage for the benefit of their business.

This can't be the first time this has ever happened. In fact, scenarios like this present themselves every day. Another agent is acting in a manner that may be an ethics violation. How do you deal with these sorts of things? Especially if you've never encountered them in the past? Mary shares a challenging situation she encountered and asks the community "what would you do?"

You'll see us feature a lot of these types of posts because they give us the opportunity to give advice to another member or relay similar experiences we may have had in the business. This sharing of information is one of the foundations of this site.

Buyers Aren't Liars, You May Just Be A Horrible Listener

We all have to deal with buyers. Todd does a great job of trying to dispel the notion that many real estate carry, that buyers are liars. If you've been in the business for a while you've heard this, and you've probably agreed at some point. But Todd tries to explain why he feels some people believe that. This post spurred a few rebuttal posts where members challenged him and blogged that buyers are in fact liars.

It doesn't matter what you believe, most of you still have to deal with buyers. That means having dialog amongst the membership to try to better determine how to identify the needs of your buyers is important. The more insight you have on how to deal with buyers, especially in a situation where you think they can't make up their mind, the better equipped you are to do a great job representing them.

Friends, followers, and connections are the way of the future.

Make sure you check out some of our Facebook Fan Pages Too!

Interesting to read the reasoning behind the featuring of AR posts by Bob.   Thanks for the repost... I would have missed it otherwise.

Thanks Susan for putting up again the very important post.

Cameron - we all try to get featured it's good to know what it takes.

Hang in there, Susan! You will get the purple star added soon, I'm sure! 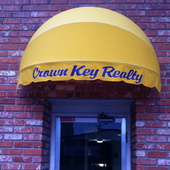