At the beginning of 2010 I had said it was going to be a very interesting year.  The tax credit was showing some promise to help boost home sales, but it remained to be seen as to what the effect would be once that credit ended.  Initially contracts had to closed by June 30th.  This spurred sales to perform very well in the first half of the year with the area running about 15% above the year before in terms of the number of sales and then fell off in July and the proceeding months.  The year ended basically even with 2009 in terms of the number of residential home sales for Flagler County as follows with 1,408 versus 1,411 in 2009.  Median selling price dipped 5% coming in at $130,000 compared to 2009 at $137,000 which was to be expected as the market continues to correct itself.

As you look at the graph of the number of home sale by month below you see that we had another good year in the area with sales "pushed" up in the year due to the tax credit deadline.  What do I anticipate for 2011?  If the phone calls and the messages I have been receiving during the holiday are any indicator, it should be another great year for the area.  I expect us to see a return to a consistent trend in terms of the number of closes each month throughout the year with another year that either meets or exceeds 2010. Disclaimer: Information based upon the Flagler County Association of Realtors MLS as of 1/3/2011 for Residential Houses.  Information may be deemed reliable, but is not guaranteed 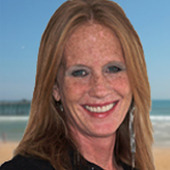