The other night I attended a networking event.  I met roughly 20 people, shaking hands with each of them.  The next day I started coming down with a cold.  It occurred to me that one of the 20 individuals from the other night might have handed me more than just a business card. It got me thinking about the act of shaking someone’s hand.  Have you ever really thought about the impulsive act of extending one’s hand to another, offering a light (or firm) grip, accompanied by a brief up and down movement?  How did this way of greeting another become so instinctual and routine?  Why touch one another at all?  Why not grab each other by the shoulder followed by a jiggle?

I did a little research.  It’s difficult to determine the actual beginning of the handshake, as are most events that occur prior to written history.  Studies show the handshake was practiced in medieval Europe, where kings and knights would extend their hands to each other, and grasp the other’s hand as a demonstration that each did not possess concealed weapons and intended no harm to the other.

Generally, the handshake is done when people meet, part, congratulate, display gratitude, or complete an agreement.  Commonly it is considered inappropriate, if not outright insulting to reject a handshake without good reason (such as an injured right hand or obvious health issues).

How about the varying techniques such as the firmness of the handshake? What does the dead fish handshake say about someone?  What about the finger pincher?  How about the moist palm handshake? (Make mine dry please).

The topic of technique can certainly be debated but what cannot be debated is that people WILL judge you by your handshake.  Regardless of what a handshake means to you, it has been said that 90% of what we think about a person is determined in the first 90 seconds we meet them.  Being that the handshake generally precedes words, do you think you’re judged by your handshake?

In my industry (mortgage banking), at one time a person could lend and borrow money based on the palm-to-palm contact called a handshake.  My how times have changed. 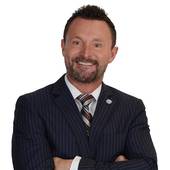 Atlanta Mortgage Professional Blog about current mortgage and real estate events. From interest rates and loan programs, to whether or not now is a good time to buy a home, check out my postings for the most up-to-date and accurate information on local and national mortgage-related matters.