This morning, I woke up to all the news reports on the aftermath of that terrible shooting in Arizona.

I was in Boston last week, for the inauguration of one of our youngest State Representative elected in office. Ryan Fattman, 26. It does not matter so much about his politic affiliation, I just like the guy. He invited my 12 year old daughter to come witness history with a friend. In fact, he invited 4 teenagers between the age of 12 and 14 years old. Of course; being the mom, I tagged along. I took tons of pictures. It was a proud moment to have my daughter being a special guest to Beacon Hill on this wonderful and historic day!

We were greeted by our State Rep, then were given a tour of the State House. After coffee, we were escorted to a viewing area for the ceremony. Governor Patrick came by. Several officials too. Afterward, our party including now State Rep. Fattman, proceeded to go to a restaurant where, the campaign manager hosted this fantastic meal in great company. My daughter was seeing stars! So many pro-eminent figures and so much attention given to her too. You see, she was invited because at her young age, she took liberty to write to Mr. Fattman to congratulate him on his victory, last November. Then, she presented him with an idea she had on how to help people on unemployed and welfare recipients. Our State Representative was so impressed by her letter and the fact that she was only 12, he came over our house to personally thank her and invite her for the big day.

Never in a million years, I would have thought anything bad would happen, that day. Just as I am sure the proud parents of this little girl in Arizona, never imagine the nightmare that unfolded Saturday. How can someone has so much rage and anger? And to bring it to this action? This 9 year old only wanted to live another magical day, in her life. She was born on a day of great sorrow (9/11/01) and brought hope to everyone blessed to have her in their lives. I will never forget this beautiful soul. I will hug my daughter tonight, again. Lydie - I will never understand why some of these horrible things happen! What is wrong with our society? 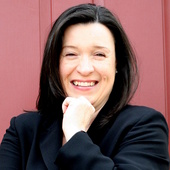