Well its coming our way.  Another snow storm.  Many agents seem to be discouraged by this weather.  I know one who is not.  Today we received a offer on a listing that most would consider snowed in.  It was new construction and vacant.  Since we had about 5-6 inches of snow on Saturday and no one had been there since the snow I was impressed by that salesman.   The agent came in with contracts and told me that he went to show the property yesterday armed with shovel and broom.  He said no big deal.   We negotiated a signed agreement just minutes ago.  Way to go Mark Garvey of Garvey Real Estate.

Great example of "removing obstacles to a deal". Congratulations ALL.

Hey it's winter people - we get snow!  And ice, and cold . . .  I was disgusted at the number of agents who cancel showings because we get a dusting of snow on the ground.  It is like they're looking for any excuse not to work!!!

I'm not expecting anyone to jeopardize their lives in blizzards and freezing rain.  I'm talking about normal winter conditions.   I've sent these agents links to Snowbird country if they can't take the winter weather.

Hey. I always say if there is a huge snowstorm coming and you have to bring a shovel to get in then I should be bringing a contract too becuase that's a motivated buyer! 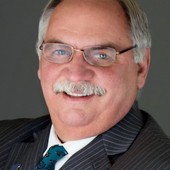