About a year ago, I wrote a post about Wayward Coffeehouse, an independent coffee shop in Greenwood, Seattle which I love dearly. However, as of November 2010, Wayward is closed - for now. On November 22nd another business in the building experienced an accidental electrical fire, causing smoke and water damage to all three of the building's tenants... including Wayward.

According to fire department estimates, the building itself sustained $100,000 in damage with an additional $200,000 in damage to its contents. Rite Zone, the business where the fire began, didn't have insurance. The news was shared by Wayward in December that the building owners are refusing to execute the repairs to the building that would allow Wayward to re-open their doors after the fire.

Those who have visited Wayward may be familiar with their commitment to providing a gathering place for numerous groups active in the community, in addition to their commitment to serving delicious organic coffee and noshables from morning 'til night. Over the months I have gone to Wayward I learned that every time I went in could very well expect to run into a gaggle of local steampunk enthusiasts, a sci-fi movie viewing or book reading by a local author. In short - Wayward loves geeks, geeks love Wayward... and this geek in particular misses them very much.

Seattle Browncoats Charities has started a fund to help support Wayward's continued effort to re-open their doors. Those interested can join the cause by donating to the Wayward Phoenix Fund and helping the shop get back on its feet in spite of the current challenges. You can also follow Wayward Coffeehouse on Twitter to keep abreast of events as they move towards reopening! 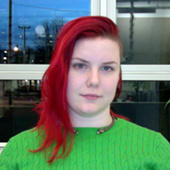