Are you interested in Naperville real estate?  Call me anytime at 630-697-0536 or send me an email to Ken@KensFeaturedHomes.com. 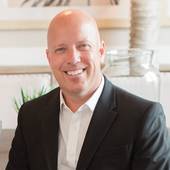