The MA State Judicial Court on Friday made a ruling on foreclosures is predicted to have far reaching affects, most likely nation wide.  Basically, it voided 2 foreclosures due to questions that arose over whether the mortgage companies that foreclosed had the assignment of ownership to actually allow them to foreclose.

The court decided that, since proper procedures were not followed, there was no legal transfer of the mortgage to the new bank. If the new bank didn’t legally own the loan, they had no right to foreclose on it.

There are a lot of opinions and a lot of unanswered questions about this ruling, so it will be interesting to see how it will all pan out over time.

If you are in the market to buy or sell, realize that the inventory of foreclosed properties that had been scheduled to hit the market in the first half of 2011 may be delayed.
The New York Times reported:

So what's the bottom line?

If you are in the foreclosure process and think your rights have been impaired in any way, you should perhaps get legal counsel.
If you are thinking of selling, this has increased the window of opportunity you have to sell before this ‘discounted’ inventory comes to market.
If you are buying, prices may not soften any further to later in the year. Many are predicting that interest rates will rise as we go through the year. If you are thinking of buying in the next six months, now might be an opportune time.

Thanks for the great summary, Carole! 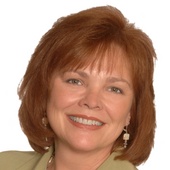