Union County, in Georgia, was created in 1832 from the Cherokee County territory acquired by treaty from the Indians. The county received its name from John Thomas, the area's State Representative, who recommended Union as the new county's name due to his affiliation with a "Union" political party.

The county seat is Blairsville, the only incorporated community in the county. Blairsville was named for Francis P. Blair of Kentucky, editor of the Washington Glove. What is now referred to as the county's Historic Courthouse was actually the county's third courthouse. It was built in 1899. A new Courthouse was built in 1972 and the older structure has been lovingly restored through the efforts of the Union County Historical Society. The Historic Courthouse currently houses a museum of historical artifacts and is open to the public.

The area increasingly has become a recreational destination since the Tennessee Valley Authority created Nottely Lake on the Nottely River; and the development of Vogel State Park, a popular vacation facility. More than 97,000 acres of Union County lies within the Chattahoochee National Forest and remains under Federal control The county is situated approximately 100 miles north of Atlanta and is easily accessed via four lane highways and the Blairsville Airport. Located at the tip of the State, Union County adjoins North Carolina at its northernmost border. 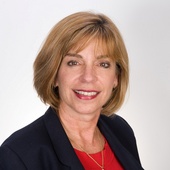