Howdy partner, so I have this really good anonymous friend with great inside connections who gave me the scoop 2 weeks ago and now the Rodeo Austin concert lineup is on their official website.  Here's the 2011 concert lineup for the Austin Rodeo at the Travis County fairgrounds, March 12th - March 26th, 2011 Mark your calendars, tickets on sale January 28th at 10:00 a.m.

OFFICIAL Line up for Rodeo Austin:

Tuesday-March 22 - Joan Jett and the Blackhearts

I'll be seeing you at Joan Jett, Rick Springfield and Loretta Lynn! I love rock n' roll with Jessie's Girl and the Coal Miner's Daughter.

If you are thinking about buying, selling, or leasing in Austin, Texas, contact me, I'm here for you. $50 gift card for all referrals. Yee-haw!

I'm used to the Houston Rodeo, twenty years worth, which is of course, indoors. Can't get rained on. It looks indoors in Austin as well.

Do you have contacts for good tickets? I'd fly in and spend a couple of days if you do. Want to see Joan Jett! I love rock and roll, both her song and rock in general.

Thanks for the web link.

I was very spoiled in Houston for tickets. The booking agent then was client of mine!

Thanks Jon! However, you've got KISS and Janet Jackson coming to Houston's rodeo so I think you might have us beat. Yep, it's indoors, just take 290 and you are there. 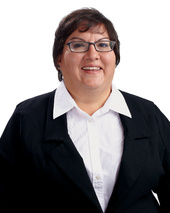