For almost a decade now, every time we talked about real estate we immediately discussed money. We didn't talk about the value of a home but instead about the price of the house. We didn't worry about a roof over our heads but instead the ceiling on our interest rate. We didn't care as much about where we raised our family as we cared about how much we increased our family's net worth.

That will change in 2011. We believe very strongly that real estate will return to what it has been for the 200+ year history of this country: a place for us and our families to live comfortably. It will also prove to be a great long term investment as it always has been.

Our parents and our grandparents didn't buy their homes as a short term financial investment. They bought it so they had a place of their own to come home to at the end of the day; a place to raise their family; a place they could feel safe.

Sure they dreamed of a ‘mortgage-burning' party. They realized it was a form of forced savings. They were taught that, if they paid their mortgage every month, they would wind up with a little retirement account decades later.

And, they realized that wouldn't happen if they rented.

However, in the last decade, we somehow forgot that the financial aspect was the serendipity not the major reason to buy. We believe that 2011 will be the year that people return to the historic reasons families purchased a home. This is the year when we again remember that homeownership is a major part of the American Dream.

What about the challenges to a housing recovery? Let's look at them.

Most reports are showing that the economy is doing better than expected. This shopping season provided additional proof of this point. As the economy recovers, so will consumer confidence. This will be great news for housing.

There is much talk about a ‘jobless recovery'. We agree that unemployment will continue to be a challenge. However, when you talk about housing, it is not the unemployment rate that is all telling. Instead, it is the change in the rate. As unemployment skyrocketed, people started to worry about their own job. Any change creates concern. Unabated concern turns to fear. Fear causes paralysis. The spike in unemployment has plateaued. People no longer have the feeling that ‘they are next'. The fear will diminish and people will start moving on with their lives. This too will be great news for housing.

It seems the bottomless pit in which rates have been falling does have a floor after all. And it seems we have found it. Those purchasers who had been waiting for the best interest rate may have already missed it.

Economists are projecting that prices will not see any appreciation in 2011. Sellers who had been waiting for 2006 to return will come to the realization that waiting any longer makes little sense. They will instead decide to get on with their lives and sell this year.

Prices probably will soften further. However, the possible savings to potential buyers will be minimized by a rise in interest rates.

This is the year that normalcy returns to real estate. People will buy and sell based on the desire for a better life for themselves and their families. They will realize that is the true value of homeownership and they will be willing to pay for that value. 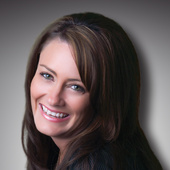