What do Interest Rates and the Economy Have in Common?

No, it isn't that they both suck.

In fact, although I have tried to ban the term "economy" from my vocabulary, for fear of sounding like a "Debbie Downer" or a "Negative Nancy" instead of a "Jolly Jessica", I just can't.

It won't go away!

Mostly because, I suppose, it is an influential part of my business.

Why is the economy so pertinent to realm of real estate?

In general, mortgage rates do better when the economy is worse. Investors tend to get a little spooked, and take their money out of stocks and into more conservative investments, such as bonds or mortgage-backed securities when the economy is suffering. Today, given the state of our economy, the government also decided that lowering interest rates may be the best way to stimulate a down economy. Although that hasn't really panned out as hoped, our mortgage rates are still at historical lows.

If rates are at a historical low, why is now the "time to buy"?

Today's economy finds lots of buyers on the fence, and don't get me wrong - some buyers need to stay there and plop down for awhile. Now truly isn't the "time to buy" for everyone. Despite a suffering economy, you still can't buy something for nothing, and making a large purchase just because interest rates are low surely isn't justification for straining your pocket. However, it is important to know that rates CAN and WILL increase eventually, and we may never see rates this low again.

What causes interest rates to increase?

There are several factors that can cause interest rates to increase, but for the purpose of this post, let's stick to those that primarily influence the world of real estate. Fannie Mae and Freddie Mac have recently implemented an increase in interest rates, although in a roundabout way. To avoid being overly exhausting, in short, they raised the cost of a loan, which in turn leads to slightly higher interest rates.

How does this effect buyers?

In general, for every .5% interest rates increase, buyers lose 5-6% of their buying power.

With this small rate increase, instead of a buyer purchasing a home for $250,000, he would only qualify for $236,000 to maintain the same PAYMENT. 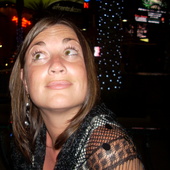