Water Tower Plaza in Gilbert Arizona is home of the majestic Gilbert water tower that overlooks the downtown Heritage District in Gilbert Arizona. The water tower was originally built in 1927 and supplied water to firetrucks until 1985 when it was preserved by the Gilbert Town Council. Along with the tower is the old adobe pump house that was originally Gilbert's first jail. In 2008 Water Tower Plaza opened with more features including a 19,000 pound granite ball atop a granite pedestal floating on a layer of water. An interactive fountain children love to run through on warm days as the water intermittently cascades, showcases with pictures depicting the history of Gilbert and park benches to sit and enjoy it all give the park a hometown feeling. Enjoy Water Tower Plaza at night after dinner at one of the restaurants within walking distance.

Nice pics I really like the granite ball on the pedestal.

I like the ball, too. I walk through the park often and have to stop and ask myself, How do they do that?

What great pictures!  The last one has such a beautiful sunset.  This sure would be a peaceful walk after dinner. Thanks!

Deanne, very nice pictures!  I am so glad that they preserved this treasure instead of getting rid of it!

Deanna, there is one of those granite balls in my hometown in Germany as well.  It's amazing how easy it is to move with water running all around it.  It really is more suspended than anything.

Deanne, your last photo of the sunset of the water tower is beautiful!       It is nice to keep landmarks - and water towers are still fun to see! 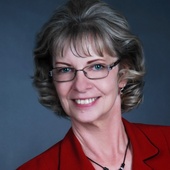