I just read a online news article from the Canadian Business Real Estate online, and thought i should share it with our readers.

In mid-December, in an opulent ballroom at Toronto's Royal York Hotel, Bank of Canada governor Mark Carney had just completed a speech on the hazards of taking on too much debt. Someone asked him whether a housing bust might ensue when interest rates rose. Carney dodged the question. "Our decision on the interest rate will be dictated by our mandate for monetary policy," he declared, pointing to the bank's traditional role in containing inflation. He remained silent on whether Canada is suffering a housing bubble.

A growing number of economists perceive one, yet few seem distressed. Carney himself previously admitted "some concern" about house prices. TD Bank Financial Group estimates the typical Canadian home is now just 12% overvalued; CIBC says 7%. A recent paper by Evridiki Tsounta, an economist with the International Monetary Fund, found that "the Canadian housing market is not, on the aggregate, overvalued." Spain, Britain and the United States have blown it, we're told, but Canada is different.

Perhaps everyone should worry more. Depending on whom you consult, home prices either remained flat during the recession or surged ahead. (The latest data from the Canada Mortgage and Housing Corp. show that prices averaged $340,000 in October, more than 20% higher than a year earlier.) But prices illuminate more when compared against incomes and rental costs. Gluskin Sheff's chief economist, David Rosenberg, recently found prices were 15%-35% above what he considered "consistent with the fundamentals." Even Tsounta noted that "ratios of both house price-to-income and house price-to-rent [rose] sharply during the boom years" to hit "historical highs."

Low interest rates and the boom years are strongly correlated. And money can scarcely get any cheaper. Since late 2007, the Bank of Canada's overnight rate has fallen from 4.5% to 0.25%, where Carney has conditionally vowed to keep it until mid-2010. Five-year mortgages averaged as little as 5.5% earlier this year. "Extremely low mortgage rates have been key to the spectacular rebound in housing resale activity," RBC's economics team recently said. As well, according to the Canadian Association of Accredited Mortgage Professionals, about half of mortgages issued in 2009 for home purchases amortize over periods longer than the 25-year standard. Longer amortizations represent another form of easier money - at least, they seem so to those who ignore their long-term financial implications.

Consider America's experience. After the tech bust and 9/11, the Federal Reserve dropped its funds rate to nearly 1% in late 2001 and kept it low until 2005. Citizens responded by shopping for homes, and builders were busy keeping up with demand. But when prices peaked and interest rates rose in 2006, the bubble burst. Overstretched Americans defaulted on mortgages and abandoned homes, resulting in too many front-yard placards chasing too few buyers. From its 2006 peak to its trough last April, the Case-Shiller 10-city composite index, which measures U.S. home prices, plummeted by more than one-third. According to the Mortgage Bankers Association, one in 22 mortgages is now in foreclosure - and another one in 16 is at least two months overdue.Bubble skeptics rightly point out differences between North America's housing markets, the more prudent behaviour of Canadian lenders being one among many. But none of them precludes a housing bust here if Canadians have become addicted to cheap credit. The signs are not encouraging. According to Statistics Canada, the average debt-to-income ratio of Canadian households has hit 145%, rivalling if not quite matching that of Americans.

Carney has made it clear he won't wait for homeowners to catch their breath. Meanwhile, Federal Finance Minister Jim Flaherty threatens to increase minimum down payments on insured mortgages, and again lower permissible amortizations (he eliminated 40-year mortgages in October 2008) to cool things off. So we may know soon enough who's right.

Nice post Guy. The Debate continues and we really only know it was or wasn't after the fact.

Toronto is okay. We have not over built yet. Steady as she goes...

Thank you Ginevra for commenting.

People of today want much but don't spent enough time analyzing feasibility. Sometimes or most of the time, lands them in financial trouble.

"I believe in knowledge before remuneration"

I must agree that most of our Financial, Mortgage, Real Estate professionals here in Toronto do a great job in qualify our clients. I still see from time to time, buyers house hunting who say they have an agent but are looking in price ranges they cannot afford.

To increase the percentage of deals closing, our clients should receive proper real estate investment advice. Do you agree nor? Pre-qualification and tips on avoiding some financial pit falls.

Are sellers investing too much money into their homes not realizing that they could be exceeding their actual market value?

"I believe in knowledge before remuneration" 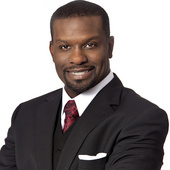