The Unitarian Church of Calgary is a non-denominational church located at 1703 1st Street NW in Calgary, AB. The church has long been established in one of Calgary's well known historical sites in NW Calgary just one block off Centre Street. The  Minister,  Reverend Debra Faulk, was welcomed in the autumn of 2010.

Unitarianism, or  living faith got its beginnings as an organized religious movement in the sixteenth century. They have deep roots in the radical wing of the Protestant Reformation. The movement is multi-faceted and ever evolving, embracing diverse theological and philosophical perspectives, including religious humanism, earth-centred spirituality, and naturalistic theism along with an appreciation of our Christian, Buddist and Jewish heritage and wisdom from all faith traditions. PANABAKER HALL in honour of  Harold and Marion Panabaker

There is no requirement for members to think alike or to believe the same things. Rather, theres is a fellowship of mutual support that encourages thoughtfulness, freedom of conscience, and the transforming power of love. As a religious movement without a creed that everyone must adhere to, individuals are free to search for truth and meaning within a caring and supportive community. Unitarians care deeply about the planet and the people living on it. They are most often actively  involved in efforts to actualize their humanitarian values in Calgary, in Canadian society, and also in the global arena. Unitarian Church of Calgary Kitchen Calgary Unitarians are involved in many justice projects, both inside and outside of their congregation. They encourage members to follow their own consciences in choosing the causes for which they work as individuals. An example of that is the process our congregation went through several years ago, when they sought accreditation as a "Welcoming Congregation" that welcomes people of all sexual orientations.

In addition to the regular services, the Unitarian Church of Calgary holds open forums, book reviews, music listening, and a number of different spirituality discussion groups on an ongoing basis, along with many other social activities too number to mention.  There membership is a thriving and diverse group of independant and inquiring thinkers.

If you are looking for an open-minded and open-hearted faith, if you are seeking a community of uprecedented acceptance and fellowship, I invite you to check out the Unitarian Church of Calgary. 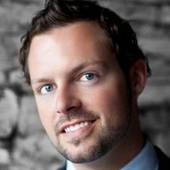