It's been over a week since our Congresswoman Gabrielle Giffords and eighteen other victims were shot during a "Congress on Your Corner" event by a lone crazed gunman.   The whole country watched with horror as the news started to come out.

Last week, President Barack Obama came to Tucson to attend a memorial service for the victims of the terrible tragedy.  His words were healing and hopeful.  In the past few days there have been funeral services for the federal judge, the 9 year old girl, the Congresswoman's staffer, as well as 3 other citizens who were also killed.

Today I made a visit to the shrine that has developed on the corner of Congresswoman Gabrielle Giffords' office.   The thousands of articles left there are evidence of just how deeply this situation has effected the residents of Tucson, and are the expression of their love and support.  There were flowers, candles, balloons, pictures, posters, teddy bears, and more.   The grief and sadness were extremely evident.  The calls for peace and healing were touching.  The atmosphere was one of reverence and introspection.  There is a similar shrine outside of University Medical Center, where some of the victims, including Gabrielle, are still hospitalized and recovering.

There was also more positive news about the Congresswoman's recovery.  Doctors announced that her breathing tube has been removed and Gabrielle is now breathing on her own.  She also continues to respond to commands and is keeping her eyes open for longer periods of time.  Surgeons went in to remove bone fragments in her eye socket, and they claim she has made a great come back from that surgery.  Her recovery has been nothing if not remarkable, and a whole community... correction, a whole country... is hoping and praying for her continued improvement, as well as that of all the victims.

Glad to see another post about this horrific event! 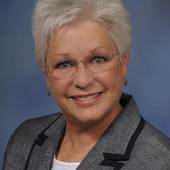