It is great to see some market areas increasing in value I hope this continues and will spread to all markets. 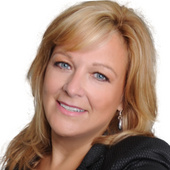