I have heard complaints from at least 5 different past clients about having issues with roof leaks. Ice dams are the culprit. Read more about how to deal with them here.

Last week Connecticut experienced a record setting snow storm that dumped up to 29 inches of snow in some towns. I'm sure I have inspected in every town that had the full 29. Walking around houses in snow over your knees has to be like slogging through a massive bowl of pudding. The difference being the snow is oh so very cold. With all that snow piled up comes weight bearing down on homes. The first thing you think of is the roof, but what about a deck? What about a deck that is structurally inferior?

I found such a deck covered with over two feet of snow. If ever there was an example of how not to build a deck this would be the one.

The deck structure is minimally built. Two 4x4 posts had been placed on the long board against the home as support. The posts were toe nailed to the single (should be a double) joist. The posts were sunk into the ground, no footings in sight. No support beam, just the posts. The spacing between the joists was 24" on center instead of 16". Some if not all the boards may be over spanned. The left side of the deck was nailed to the home, no bolts and no flashing. One railing was low and formed a ladder. The stairs were wobbly with no handrail with large openings in the guardrails. Then add over two feet of snow and everyone walking on the deck in and out of the home during the inspection. I was cringing every time someone walked over this "deck".

I made it very clear to my client (a good customer who has used me several times) that removing the deck may be the best thing to do. I don't think she or anyone wants know how much snow or worse people it takes to break this camels back.

To find out more about our other high tech services click on the links below: 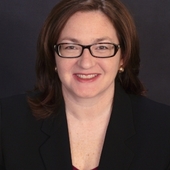