Monthly Sales were 81 units. Comparison to last month:  Increased 14% from 71 units.  Comparison to this month last year: Decreased 12% from 92 Units.

So what do all these numbers mean?
Typically, December is a slow month with not a lot of activity. This year, December was a healthy month to end the year with. We were much better in December 2010 than we were in 2009. With the number of units up and the average sales price up from 2009, I would call December 2010 a success.

These stats are for areas 90, 91 & 92 in Ascension Parish. Information used from Greater Baton Rouge MLS.  They include only single family dwellings.  Mobile home and land sales are not part of these numbers.  If you would like information on either of these, feel free to let me know. 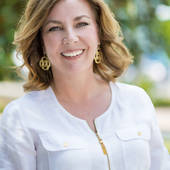