Good Morning...Here is today's market update from the Think Big Work Small Guys.  Today the boys have several comments concerning Citi posting a profit of 1.3 billion dollars in the 4th quarter of 2010, this is their first posted profit since 2007 and a positive sign after their 7.6 billion in losses in 2009.  At the same time Citi announced these profits Freddie Mac (who sold their state in Citi) now says Citi sold them loans (in the 2nd half of 2009 and 1st half of 2010) that violated quality standards and had flaws.  It appears the government may go after Citi's profit like it did BOA.

Disclaimer:  If you prefer reading your news over a cup of coffee in a relaxed atmosphere or your family's sense of humor gene skipped a generation, don't watch the video; these guys talk fast and are high energy. 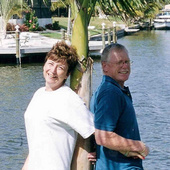