What a joy it is to live in an area where young adults are adding wonderful things to the community.  A group called "Redding Independent Film & Television" (RIFT) is bringing the Radical Reels Tour to town.  This year it is the BANFF Film Festival.  If you're into thrills on the snow, this will be worth going to.

Where? Cascade Theater in downtown Redding.

All proceeds will go to the Redding Swim Team Non-Profit Organization. 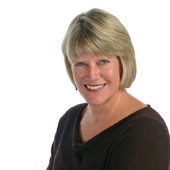