The Greater Chattanooga Association of Realtors today released the sales results for December 2010 for residential real estate in it's service area.  In summary, home sales declined by 8.5% when compared to the same month in 2009.  This decline represented another month of declining home sales, which has been the case in  our market since July of 2010.  The market sales were stimulated by the Federal First Time buyer Credit in the spring of the year and my calculations indicate that we have finished the year with approximately a 3% increase for the total year in comparison to 2009.

The Median home price for December increased by 6.6% when compared to the same period a year ago, which is good news for the market.  Again, my calculations indicate that the total year will show a price correction of less than 1% when compared to 2009.

A very detailed presentation on activity in your market area! 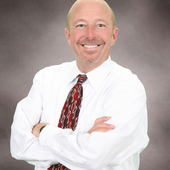 over 11 years ago
bookmark_border
What's the first Thing I should do if I am conside ...
View more Recent Posts   arrow_forwards