I was told this story by a fellow frustrated agent. Ironically....the seller was my client before  being switched to her by our mutual Short Sale Attorney....this is a sad story of a seller trusting and being loyal to her attorney.

I received a call from a Attorney  who specialized in negotiating Short Sales to list a Short Sale from a referral. Listed it, received two contracts that went no where with the bank.....this was two years ago. Received another call from the Attorney saying the seller was not happy.....so instead of firing themselves (they were the ones negotiating with bank), they fired me and assigned the listing to another agent who became a friend of mine as the transaction progressed.

By this time, the new agent was able to list the property at a much reduced price and received a offer $50,000 under the listed price...she submitted it with an addendum that reads, if another offer comes in higher than the current offer, the highest offer would be presented. Knowing that the bank would eventually reject the two low offer, the listing agent submits the higher offer, but found she could only submit to attorney, not seller.....because the attorney informed her that she was cut off from communicating with the seller, who by now had relocated to another state.  The seller had no way knowing at this point that a much higher offer had come in....one that the bank would probably accept. Frustrated the listing agent tried to plea with the attorney to look at the higher offer (this buyer was even willing to pay attorney fees to get the house)..but the attorney said no and continued to negotiate....the bank finally after months turned the low ball contract down, the seller filed bankruptcy and was very salty toward the agent. It was revealed during the process to the listing agent that the attorney was doing the Short Sale gratis....

Now the house is on it's way to foreclosure and the seller never got to short sell her house! She trusted her attorney and was very loyal....yet she may never know what really happened!

Sad to hear this. I don't know why the attorney wanted to negotiate it instead of the agent, do you?

all Attorneys are not created equal.

Michelle, Attorneys are doing a lot of negotiating of Short Sales as a stream of income...

John..you are correct, not all Attorneys are created equal.

It is a shame.  I used to do all of my own short sales, but now, we get too busy to handle them all.  I need to have an attorney handle and negotiate them.  But.....I am a control nut and I do worry about this type of things! Ughhhhh! Another reason to just do it myself. :) 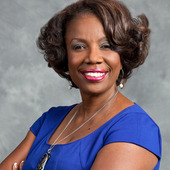